John Vail had thought he’d seen it all. The industry veteran, who is chief global strategist at Nikko Asset Management, and has worked for some of the world’s largest firms, has experienced several financial crashes during the span of his 35-year career.

Having spent the vast majority of that time in Asia, Vail has also lived through Japan’s 2011 earthquake, its tsunami, and the Fukushima radiation scare. But, he says, he had not experienced anything like Covid-19. “The changes are so rapid, and the way the world works has changed in a way that was almost inconceivable a year ago,” he says.

It has taught him the importance of remaining objective. The remarkably genial Vail wants investors to be careful about the level of disinformation being put out at a time like this. “In life in general, and certainly in investing, it’s important that you properly filter out the extraneous information, and you concentrate on what’s really important. That does not mean an echo chamber, it means you are keeping an open objective mind to all the information that is being presented to you, and fact checking it in your own mind,” he says.

While there has been a large amount of uncertainty about the pandemic, Vail points out that markets seem to be more positive about the economic outlook than the media is. “The markets were remarkably resilient. Even with the initial fall they have been remarkably resilient, helped by central bank and government actions. But still, when you talk about how markets don’t like uncertainty, they have certainly broken that rule, because there is plenty of uncertainty, and they have rallied dramatically,” he says.

So will Covid-19 have lasting implications for the investment industry? Vail believes so. The consolidation seen in the last few years may not continue going forwards, and the considerable shift to passive assets may stop as well.

“Perhaps the industry will enter into a more stable equilibrium, whereby fees are stabilised and the passive versus active situation also stabilises. I don’t see a good reason, given market behaviour, to argue for more passive exposure,” he says.

Still, there are headwinds, particularly in geopolitics, that require watching. “The situation in the world is at sort of a turning point, it seems. Not only do you have potentially large changes in internal political situations, but geopolitically within the Middle East and in the South China Sea. In Asia in general, temperatures are rising. They are getting about as warm as anyone can remain comfortable without it being declared hot. It’s quite important to watch these factors.”

But Vail believes the crisis has brought opportunities as well, some of which are new, and others of which were already developing. “We have certainly identified themes, not only global ones, but in particular in China, where some of them are longstanding themes that have been augmented, especially in recent months, whereby China is concentrating more on domestic demand now, and its fiscal stimulus is orientated towards improving healthcare, and the social safety net.”

Medical care and the insurance sectors are themes that Nikko Asset Management is focusing on. “Of course, in the broader world we, like everyone else, are trying to pick the winners in the changes in the technology field, and the ones that won’t be harmed by geopolitical tension. There is certainly a very dangerous road with many pot holes out there in terms of investing at all, but particularly when you are investing in China, whereby you have to be savvy about not only technological issues, but also political ones,” Vail states.

And just as things change, so do they remain the same, he points out. The bifurcation of the global system with China has not changed, for example. Neither has concerns about the ‘Japanification’ of the world, with a lower for longer interest rate environment, though Vail does not see this happening.

“Not panicking and not despairing is certainly part of what I’ve learnt. There is, like any sort of biological or social system, a way that things normally reach equilibrium. There are times in history, obviously, where there is a very sharp break, like the French Revolution or the Russian Revolution, that kind of thing. We have to watch for that carefully, but at this stage, it seems that there is nothing that dramatic about to happen,” he says. 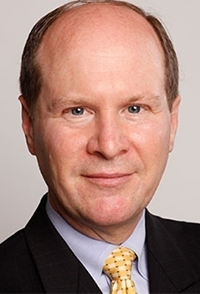