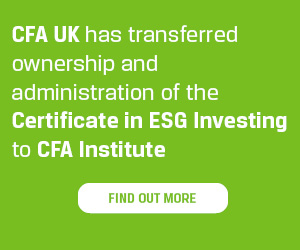 
Outline of the case

ProjDebt Ltd. have a mandate with WasteRecyc Ltd. to raise debt financing to fund the construction of a new waste recycling plant.

WasteRecyc’s CEO is a natural salesman and in meetings presents the recycling plant project SPV compellingly as a fantastic investment opportunity. He states that the firm is able to agree favourable contracts with construction firms, technology suppliers and waste companies that together will translate into strong returns for investors, however, he has been reluctant to supply the documents that would substantiate his assertions. From his experience in this sector, Fred thinks that the counterparties will be unwilling to agree such favourable terms, or anything approaching them, and he believes that consequently the project may simply not be economically viable.

WasteRecyc is in early discussions with a potential equity investor in the project, BigWasteFirm Ltd, outside of the ProjDebt mandate. Fred attended a meeting with BigWasteFirm at the invitation of WasteRecyc. In the meeting the WasteRecyc CEO explained the equity investment proposition in positive terms. When Fred was asked his view on the availability of debt financing he was able to talk in general terms about appetite in the market for such project debt and talked about the key factors for debt investors. At this point, the WasteRecyc CEO abruptly moved to the next agenda item. At the end of the meeting BigWasteFirm’s investment director praised the project. Together with the WasteRecyc CEO, they agreed an ambitious timeline to progress the transaction to financial close. Fred is puzzled by this outcome to the meeting as it seems that, in arriving at his positive view, the experienced and capable investment director of BigWasteFirm overlooked some obvious issues. Later Fred reads that BigWasteFirm are considering closing down their investment division.

After talking to the CEO of WasteRecyc, the CEO of ProjDebt comes to Fred and asks if he can write a summary opinion on the prospects for debt raising for the plant. He implies that this opinion should specifically state that the project will attract a strong credit rating and that debt can be raised to cover a high percentage of the project’s costs on advantageous terms. The ProjDebt CEO also states that he would like to review this opinion at Fred’s desk rather than have it sent to him in an internal e-mail and that it should be subsequently sent from Fred directly to WasteRecyc.

The ProjDebt CEO listens to Fred’s concerns regarding the viability of the project, but mentions past deals where ProjDebt succeeded in raising debt on attractive terms against wider expectations. He also reminds Fred that getting a project to financial close is often about confidence. All the financial and commercial parties need to put effort in and negative views are self-fulfilling.

Fred drafts an e-mail striking a positive tone. It explains ProjDebt’s ambition to gain a high credit rating and lists some of the strong features of the project. It then lists the key factors that have to be demonstrated to a rating agency before a strong rating can be received. The ProjDebt CEO reviews the draft e-mail whilst standing at Fred’s desk, he asks if it could support the project more strongly. Fred explains that this would be misleading. The CEO somewhat reluctantly instructs Fred to send WasteRecyc the mail.

Ethics in the Real World: A positive spin

Michael Barker, CFA, Miles Galaska, CFA and Liam Gilchrist, CFA highlight the issues that were raised in the Ethics in the Real World survey