The UK’s target of achieving net zero carbon emissions by 2050 will not be easy to hit. Figures from the Climate Change Committee (CCC)’s Sixth Carbon Budget reveal that there needs to be a 78% reduction in UK territorial emissions between 1990 and 2035 to achieve net zero, and that low carbon investment must scale up to £50 billion each year. While the CCC’s roadmap envisages most of this cost to be funded and delivered by private companies and individuals, this will be a challenge to achieve, unless there are clear initiatives and incentives for stakeholders. Who gets involved, and how the investment will be paid for remains unclear, therefore.

One proposal, put together by The 300 Club, a group of leading investment professionals across the globe, aims to address exactly this. The group suggests paying the cost of the climate transition via a new government-backed green bond, in a public/private partnership model.

Alan Brown, FSIP, an industry veteran and author of the report, Stewardship and Climate Change, which proposes the new security, says there are clear benefits to the private sector issuing bonds that have a government guarantees. Pricing continues to be closely linked to the gilt curve, and stops the government adding more debt to its already stretched balance sheet.

“It’s a huge benefit to the economy as a whole if we can make the cost of raising capital affordable,” Brown points out.

The security would have 25 years of annual payments, increasing either by inflation, or by a fixed percentage, or nominal GDP. There would be no final return of principal. The cash flows would resemble a fixed-term annuity, directly matching the cash needs of a retiree, and would have an appropriately long duration.

“We don’t want the government balance sheet to be loaded any more than it already is. Instead, we should have the debt issued by the infrastructure companies, with a guarantee from the government. That means that the debt should trade like Network Rail bonds, for example, at about twenty-five basis points above gilts,” says Brown.  Since the government regulates the industry and its pricing, the risk of the guarantee ever being called should be nominal.

He points out that for defined benefit (DB) pension schemes, which are maturing and moving out of growth assets and increasingly into debt instruments, a government-backed green bond of this nature would be an ideal instrument to hedge liabilities.  Having the cash flow to meet liabilities remains the greatest risk that pension schemes face, he suggests.

For defined contribution (DC) scheme members, the security could either be sold on the wholesale market or alternatively provided through National Savings and Investments (NS&I).

“Although it isn’t a lifetime instrument, it does have some significant advantages. It doesn’t have to have supporting capital behind it because it’s underwritten by the government, and it doesn’t have an insurance company’s profit margins eating into returns. The full return from the gilt curve flows through to the investor.  On top of that, because this would be a security, not an annuity, on first death the surviving spouse would continue to receive 100% of the cash flows.  And on second death, the estate would benefit from any remaining cash flows,” Brown says.

In his report, Brown goes on to address some of the wider considerations impacting the move towards carbon neutrality. One issue he highlights is that ESG activity, while increasing, only impacts the cost of capital of companies, favourably or unfavourably. It does not have a real-world impact on society or the environment. Moreover, the best practice models used by institutional investors are based around strategic asset allocation and market benchmarks, which prevent asset managers from making the investments that are needed.

“The point is about understanding the fiduciary duty of trustees,” says Brown. “It is often the case that people argue that the only thing trustees can do is maximise risk- adjusted returns, and the argument is that if you want to bring in other considerations, like going tobacco free, you are in breach of your fiduciary duty. That is not the case, as long as it doesn’t radically change the risk-return characteristics of your fund and beneficiaries would generally be supportive. Eliminating a handful of tobacco stock doesn’t make a material difference to the risk-adjusted return of your fund.”

Brown wants the industry to move beyond the Modern Portfolio Theory of Harry Markowitz and Bill Sharpe, to embrace a more holistic view of risk, pointing out that risk is more than just the standard deviation of historical relative returns, and that regulators are acknowledging this by requiring pension funds in the UK to report on climate risk in their Statement of Investment Principles.

However, any private/partnership for a green security will require buy-in from stakeholders across the industry and in government.  “It may be that infrastructure companies at this point are not quite ready to do that, but getting a government guarantee should be very attractive.  It will require a joined up debt management process but the benefits for the economy at large would be huge,” says Brown.

Alan Brown, Trustee and Chair of Investment Committee at Schroder 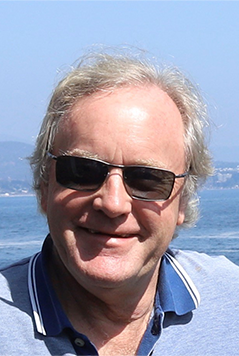 An Interview with Tina Adatia, CFA