After market free fall, what happens next?

The global economy is facing a deep recession. But Noel O’Halloran, ASIP, believes that there is room for optimism

The first quarter ended with financial markets in an extremely tough spot as the Covid-19 crisis rapidly became a global issue, with nowhere to hide. A remarkable couple of weeks with markets at times in freefall and certainly in ‘yoyo mode’, with large falls followed by modest recoveries.  The trend however is still very much downwards with little sense that we have yet reached the bottom.  It’s hard to believe that it’s only a few short weeks ago since global markets were at record highs and global conditions seen as relatively perfect!  Since then global equity markets have fallen sharply into bear market territory.

There is no question that the global economy will imminently enter into a sudden and deep recession, but our working assumption is that the crisis will be relatively short lived and we can look forward to a back-ended recovery during the second half of the year.  Global earnings will drop sharply and an educated guess at this point suggests a 35% contraction for 2020.  The good news is that the authorities’ combined monetary and fiscal response has been unprecedented in scale and is likely to be the greatest in post-war history.

Unprecedented policy response including fiscal spend to the tune of $4-5 trillion have been announced so far across the world.  Monetary policy responses have been equally impressive to date.  There is however no doubt that while all these combined measures will cushion the system and limit the damage, what is absolutely needed is clear evidence this ‘Covid-19 monster’ is being contained.  Until we can all take confidence that global health authorities are on top of infection counts, the shape and speed of the economic recovery will remain unclear.  On a more positive note, there is clear evidence that the lockdown model that worked in China is also beginning to resonate in Europe over the first week of April, with a significant slowdown in new infection counts to single percentage daily rises being now recorded in Italy for example.  There is obviously much further to go and the Americas will be the core focus through April.

We expect markets to calm down and that a market bottom will be reached during the second quarter – but we also expect the economic data and company profits to be released over the quarter to be relatively nasty, and there will undoubtedly be surprises, both positive and negative.  Having observed that investors have during the first quarter indiscriminately sold shares of smaller cap companies, more cyclical industries, value or yield income-oriented companies while maintaining blind faith in larger cap companies, defensive sectors and growth stocks, we certainly believe the latter group are now particularly vulnerable and we expect a rotation or mean reversion across markets through the upcoming quarter.  We would also highlight the fact that the valuation of the growth and defensive sectors is currently the most stretched versus value/cyclical sectors in history.   It is worth noting also that this extreme positioning is at a point where we look to a resumption on growth into 2021, aided by an unprecedented monetary and fiscal injection into the global economy.  The economic expansion that commenced with the Global Financial Crisis during 2008 is now ending and we must now all focus on the new cycle and how it may be very different in character to the one of the past 12 or so years.

In the short-term, we will focus on the success or otherwise of containment measures across Europe, North America and other regions, assessing whether these measures can be as effective as the measures that China took. The ultimate positive is a vaccine, but that is expected to be 12-18 months away. Fund managers should continue to focus on the business models of their portfolio companies, and on constructing portfolios of high conviction stock positions, as we look with optimistic expectation of what can be delivered by markets and our portfolios when we get to ‘the other side’. 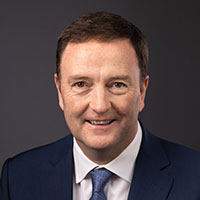