Agriculture is structurally changing, and that will bring opportunities for investors, says Lars Kalbreier, CFA

Farming has already undergone three major disruptions over the past two centuries. Firstly, the increase in demand following the industrial revolution at the beginning of the 20th century justified the shift from manual and animal labour to agricultural mechanisation. Then, the post-war economic growth and population boom led to the development of fertilizers, pesticides and other chemical products. Finally, globalisation of demand and rising living standards in emerging markets since the 1980s, led to the industrialisation of agricultural production.

However, this agricultural model is now losing steam. Demand is increasing due to continued population growth and higher overall living standards in fast-developing countries such as China, while supply is limited by stagnating agricultural yields, shrinking arable lands and growing climate concerns. Furthermore, consumers are becoming increasingly sensitive to environmental issues and are starting to reject the established highly industrialised model and its environmentally damaging practices. This paves the way for a fourth industrial revolution based on several technological solutions.

The first technological solution is agricultural robotics, or AgRobotics. Automation of farming machinery can deliver up to five times the yield of traditional agriculture, while drones can monitor crops more effectively than a farmer can, and thus replace extensive use of pesticides. Growth prospects for this segment are about +23% per year by 2025.

As for vertical farming, it is an innovative alternative to traditional production: it makes it possible to grow fresh fruit and vegetables above ground, including in urban areas, with little or no chemical use all year round and close to the consumer. Additionally, the development of meat substitutes is encouraging the reduction of livestock farming and its deeply negative impact on the environment. Currently representing less than 1% of total meat consumption, these substitutes could reach a 10% market share by 2030.

Finally, waste reduction and improved logistics are another part of this Fourth Revolution. The latest automated and artificial intelligence-assisted sorting technologies as well as new packaging techniques will drastically reduce crop waste, which currently amounts to about 30% of total production.

However, as was the case with previous revolutions, changes are gradual and may face short-term setbacks.

We experienced such setbacks in 2021, as disruptions in supply chains and rising input costs significantly impacted corporations involved in farming. Indeed, agricultural machinery producers and agricultural robotics were hit by the global shortage of chips and rising prices for these components. Food companies also faced rising commodities prices and only the largest food producers had enough pricing power to pass on these extra costs to their clients. On the other hand, smaller companies involved in meat substitutes, vertical farming or organic agriculture had to cope with declining profit margins.

However, these headwinds did not challenge our view on the on-going farming evolution, but reduced its momentum in the past year. We expect supply chain issues to abate in 2022 and 2023, which should restore growth for companies exposed to the Fourth Revolution. A new catalyst also emerged during the COP26 Summit which will likely impact positively our thesis in the coming year and beyond: over 100 countries pledged to cut methane emissions by 30% by 2030. Methane emitted by agriculture and livestock is a significant part of total methane emission and the second most important greenhouse gas from human activity after carbon dioxide (CO2). This commitment will add government support and most likely subsidies for reorganising livestock farming, changing the diet of livestock, and accelerating the research on meat substitutes.

Overall, Agriculture 4.0 will see a structural change in the way we farm in the coming years, with an outcome that we believe will be as significant as previous leaps forward. But change cannot happen overnight: the industrialisation of agricultural production in the 1980s took at least a decade to overcome public and local resistance, as well as transport bottlenecks (because logistics were not ready in the early 1980s). Agriculture 4.0 will take several years to settle, but will be the sine qua non condition for Western countries to continue to produce food because of the rapid decline in the farming population: the UK had 400,000 farmers in the early 1970s, but only 104,000 in 2021. A new paradigm is definitely needed.

Several companies stand out as direct beneficiaries of Agriculture 4.0. For instance, one major U.S. tractor manufacturer just released a fully autonomous tractor that can be programmed from a smartphone. Smaller companies focused on crop monitoring drones are also worth mentioning.
Besides AgRobotics, selected companies are making special feeds for livestock to reduce methane emissions. Some other companies are developing lamps to add light to vertical farming. Others develop systems to sort groceries and automatically remove damaged fruits and vegetables from the rest. We recommend a diversified approach when constructing portfolios to limit stock-specific risks, particularly for an emerging megatrend such as Agriculture 4.0. 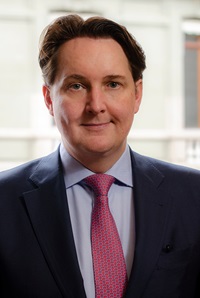