Are Chinese unicorns the next big thing?

Asia is becoming the undisputed engine of the world economy. The marked rise in the weight of Asia’s economies, compounded on still-high growth rates, means that by 2020, over half of global growth will come from the region, according to Standard Chartered Bank. This is a milestone that should present many new investment opportunities and be a powerful magnet for capital inflows.

Standard Chartered has also revealed that seven of the top ten economies in 2030 (in PPP terms) will likely be current emerging markets. The evolution of global GDP rankings reflects the rise of emerging markets, particularly in emerging Asia, where India and Indonesia are expected to join China in the Top 5 and power global growth.

But within Asia, China’s economy holds the key for this global economic outlook. It is also driving the growth of emerging Asia. Worries about a hard landing in China since 2013 have failed to materialise, with growth staying in the 6.5-7.0% range. China now accounts for a larger share of the world economy (approximately 16%, measured in nominal GDP at market exchange rates). The country’s healthy expansion has also fuelled strong regional growth, with the Asia ex-Japan total GDP now accounting for 28% of the world economy (up from 20% in 2010).

China continues to look attractive in the long term. Over a year into the trade war between the US and China, trade policy risks have receded somewhat, whereas an intensifying rivalry between the US and China for global tech industry leadership has complicated the market dynamics. The external factors are pushing the Chinese authorities on structural reform issues, such as a strengthened framework on intellectual property rights, which could also be instrumental in upgrading China’s economic structure. China might soon need to start to look beyond the trade war, re-calibrating policies for an era with lower trade tensions, in terms of short-term macro easing and long-term structural issues.

Although there is always market concern over the slowdown of China’s growth, the cyclical weakness should not be confused with the secular story, which remains powerful. The authorities will not allow a crisis and will always stimulate in the face of cyclical weakness, as they are now doing. Growth and jobs are critical to the regime’s legitimacy and they have plenty of resources to stabilise the economy and the financial system. Ultimately, domestic policy holds the key to China’s growth outlook, as such, renewed trade tensions will force the Chinese authorities to stay accommodative.

China’s economy has already re-balanced significantly towards the consumption and services sector, and domestic demand now holds the key to sustaining the overall growth. Beijing is expected to continue reflating the domestic economy, focusing on corporate tax cuts, targeted credit easing, and SOE reforms. Successful implementation of these reforms will not only help reinforce the private sector-led domestic recovery and a rebound in economic growth, but will also bring its domestic corporate champions onto the next level. On the other hand, any failed attempt on policy re-calibration will lead to risk-off sentiments and market volatilities.

According to the IMF World Economic Outlook Database, China’s consumer market (including both private and government consumption) is already the second largest in the world (as of 2018). It is forecast to grow by 54% in USD terms between 2018 and 2023. Because China is transforming itself from a manufacturing powerhouse into an innovation-oriented digital economy, many emerging champions have surfaced and led innovation trends, both in the region and globally. China has created a vast array of technology start-ups and unicorns, which transformed the domestic economy and the way Chinese people live.

Against this backdrop, there is huge potential in investment in ‘unicorns’. The term unicorn was first coined in 2013 by US-based seed investor Aileen Lee, for Silicon Valley start-ups worth over US$1 billion. According to CB Insights, as of March 2019, there are 156 unicorns in the US with an aggregate valuation of US$558 billion, and 93 unicorns in China (all of which are private sector start-ups) with an aggregate valuation of US$327 billion. China and the US dominate the unicorn scene, but over the past few years, more unicorns were created in China and at a much faster rate than their US counterparts, according to Hurun and CB Insights. In terms of rankings, Mary Meeker’s annual deck on global internet companies showed that Chinese players now take up 9 slots in the top 20 (ranked by market value), from two places five years ago.

Compared with US unicorns, China’s scientific research, especially basic research, is still in a catch-up phase. On the other hand, China’s consumer market is large, fast-growing, yet under-developed, providing rich soil for unicorns riding business model innovation, which explains the large amount of unicorns in the internet sector. With the increased R&D spending (approximately 2.0% of GDP for 2010-17) and with government initiatives, more unicorns should emerge out of sectors with a much bigger technology input, such as biotech, AI/Big Data and quantum computing.

Many new innovations have blossomed from bottom-up, often powered by big data insights. China has a big advantage in AI/Big Data with its large population and the huge amount of consumer activities online.  Online activity generates enormous data for analytical purposes and insights, and is driving the emergence of new unicorns in the Healthcare, FinTech and Media sectors. China’s vast and still growing population of internet users, and its fragmented consumer market, have helped foster a unique environment where tech start-ups can enjoy huge success in an unusually short period of time. Many of these starts ups are “New Economy” sector champions. They will play a crucial part in fuelling high-growth within the economy and driving innovation trends in the wider region.

International “mega-IPOs” drove an uptick in fundraising from initial public offerings in 2018, when tech unicorns raised a record $57 billion globally, reflecting a trend that is expected to continue into next year - despite volatile markets - as Silicon Valley unicorns line up to go public.

Instead of only focusing on Silicon Valley however, investors should look to the East, as fast-growing and rapidly-expanding unicorns/emerging champions represent China’s cream of the crop in innovation and development. These unicorns create a unique asset class for global investors to tap on China’s tremendous growth. Many Chinese unicorns are listed offshore in New York or Hong Kong, including the well-known Alibaba, Baidu, Tencent, and the recent tech IPOs such as Xiaomi, Meituan, iQIYI. The domestic and foreign exchanges are announcing new measures to promote capital access of emerging champions and are preparing themselves for the next big wave.

Looking beyond 2019, emerging Asia, especially China, is still very much under-allocated in global investors' portfolios, relative to its economic size. Diversification aside, investors should leverage on the huge potentials and growth trajectories of Chinese emerging champions and not miss on the next big thing in the decades to come. 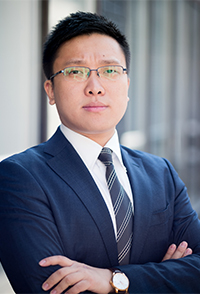