My employer has announced a redundancy programme and seems to think I can take on a new role that combines two very disparate job functions into one. The role makes little sense and it’s left me with a lot less enthusiasm for my company. Should I put myself forward for voluntary redundancy or should I take on the new role on a temporary basis? I’m worried that voluntary redundancy won’t look good for future employers, but I’m also concerned that the new job is not feasible. I don’t believe I can make any kind of impact, which might also impact future employment. I’m in the middle of my career, so I’m conscious that I need to make a decision that works over the long term. Is there a way to negotiate or carve out some upside from this?

Thank you for your question. When a job change is imposed on us like this we can find it difficult to accept. It is unsettling and can trigger a natural human reaction - to resist the imposition. As a result, we struggle to see it from any other perspective than our own. To deal with the emotional impact it can help to acknowledge it and to acknowledge how it is making you feel. Having taken the time to do this (rather than suppressing those feelings), try to put aside the emotional impact of the situation and look at it from other perspectives and with a rational mindset. Is it possible that the new role does have some merits and could make sense?

You can also check whether the terms of the voluntary redundancy policy allow for a trial period in the role. If they do, then you can try the role before deciding if it really is not the role you want to be doing in the light of your career path. This would give you the option to give it a try but if you really don’t think it’s the right role for you, voluntary redundancy is the next step, i.e. you don’t have to decide straight away whether it’s either/or and therefore the pressure to make the ‘right’ decision is removed.

It’s generally considered to be better to look for a new role whilst employed rather than at a time when you are not in active employment. Weigh up the benefits of voluntary redundancy (financially and psychologically) with the benefits of being employed as the basis for seeking a new role in your company or in a new company.

Got a question? Write to me, and I’ll give you some advice, on an entirely anonymous basis.

Queries may be posted in anonymous, general terms, with Liz’s response, on our website. Liz may not be able to reply to all queries but will do her best to get back to you. 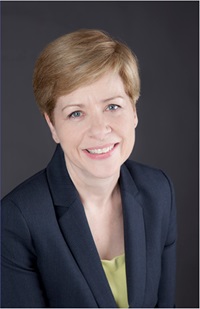