PI: You’ve talked about how the outlook for growth looks positive in 2022, but said that uncertainty remains elevated. What are some of the ‘known unknown’ concerns that we need to be aware of?

William De Vijlder: It’s less about uncertainty, and more about how investors handle that uncertainty. You could argue that there are always sources of uncertainty. Does that mean I should only invest in safe assets, or should I naively ignore uncertainty? What is making the current environment so peculiar is that even assessing the likelihood of the upside or downside related to the pandemic situation is actually impossible. Even virologists and others say they don’t know how things will develop.

PI: So what does that mean for investors?

De Vijlder: Uncertainty is having an influence on an important parameter, and that is interest rates and central bank decision-making. If the health situation becomes less of a concern than we expected, then that in turn will have an influence with respect to what the Fed does. You always have a counter balancing force, so that’s something to keep an eye on.

PI: You have also talked about the ‘known knowns’ in this context. Can you explain?

De Vijlder: The known knowns are that the drivers of financial demand continue to be very well orientated. In advanced economies, if you look at households, at labour market assessments, access to financing, the cost of financing, and the cushion that has been built in terms of accumulated savings when people could not go out and spend, then these are positive drivers. Meanwhile corporate investment capacity utilisation has gone up, and profitability has increased massively. Two elements warrant caution or nuance here, and they are both related to prices. If you think about housing investments, building a house or buying a new built apartment will see an ever increasing cost that will increasingly act as a headwind. In France for example, you now have new rules that have been introduced with regards to the limit on how much you can borrow as a percentage of your income, and how many years you can borrow for. That is expected to weigh on activity. The other factor is inflation.

PI: What about inflation?

De Vijlder: Inflation is a real issue for consumers. If you look at the quit rates in the US, 4.5 million people left their jobs in November 2021. That’s a very dynamic labour market. People are seizing the opportunity to move on to another job that has a higher salary. Yet, household confidence has declined because of inflation concerns. Growth should be strong and inflation should start to decline later this year. Of course, fiscal policy will be a factor, supportive in Europe, less so in the US. Investors react to data much like central banks react to data. You have a recovery which builds on itself, and you have to ask how will risk appetite evolve. That’s really to a very large degree driven by concern about when monetary tightening will start to bite. It’s still too early, but that’s the thing I’m most concerned about from a market perspective. Eventually, people will get worried that there will be too many rate hikes.

De Vijlder: You would expect it to be less linear than last year. I’m an economist, not a chief investment officer or strategist, but for me the key question is, will we at some point see the conditions being met where investors are caving in because their risk appetite has dropped? For that to happen, what you really need to see is a growth scare. You can have disappointments, quarterly earnings that disappoint or whatever, but companies are also really good at steering the market in terms of the guidances that they give, so I’m not too concerned about that.

The question is where the growth scare is going to come from. One candidate is US monetary policy, but it’s too early for that this year. If there is good news with respect to the Omicron variant and the pandemic, then that could create a rally. Then there are political and macro events such as the US mid-term elections, and what is happening in China, which will be something to keep an eye on. And of course, the inflation factor, where upside surprise would cause a reassessment of the monetary policy outlook, with a knock-on effect on subsequent growth expectations. I don’t however think this is the year with a big growth scare. I think it’s too early. 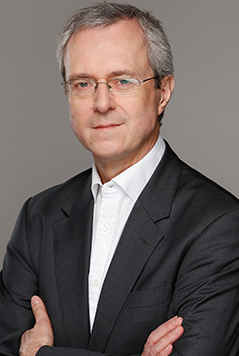 Inflation: likely transitory, but still a source of worry

What Factors Are Influencing the Inflation Debate?

What do bank stock prices tell us?

A summary study of the impact and risks created by negative rates and NIRP on governments, markets and institutions with six questions in conclusion for investment professionals

From the Archives: The stock market response to voter opinion polls

Are markets largely indifferent to the outcome of elections?