Rick Di Mascio is Chief Executive of Inalytics. In CFA UK’s In Conversation Podcast, Di Mascio talked to Maha Khan Phillips about the evolution of behavioural finance, and where we go from here.

The world of behavioural analysis has shifted significantly since its origins in the 1970s and 1980s. Discussing its evolution, Rick Di Mascio, Chief Executive of Inalytics - the firm which has compiled the largest private database of institutional investor transactions globally in order to identify investment skill – examined some of the reasons behind the growth of behavioural analysis and discussed how approaches are changing.

“I think one of the reasons it evolved is because people recognise that Efficient Market Hypothesis is complete bunk,” he said, highlighting some of the early literature looking at behaviours, such as the Disposition Effect, where fund managers sell their winners and run their losers, and Prospect Theory, which assumes that losses and gains are valued differently.

Di Mascio discussed the role of technology in shifting the behavioural analysis landscape, particularly with the rise of data. “I think now there is a much greater willingness and acceptance of the role of data and the power of data in how it can influence decision-making…. Ultimately, where technology does have a role is in assembling some of the large data sets, and using that data set to actually provide objective feedback to the users and say, look, here are your numbers. And these are the possibilities that you could have if you actually change your behaviour,” he said.

Di Mascio cited an example where an institutional investor completely changed its behaviour when confronted with the evidence that it was selling its winners.

He believes that behavioural analysis will continue to become more sophisticated in time. “The level of sophistication of the analytics is on an upward curve, and there’s no sign of it slowing down. I think there’s a generational thing, where younger portfolio managers come through and they are going to expect to see these tools. It was the same in sport. The youth were coming through the academies and their game was being analysed. I think a lot of the developments in sport are also generational, and that’s going to happen here as well. Technology is going to become much more sophisticated but also the industry appetite for absorbing it and using it will increase exponentially as well.”

But when asked whether there were some aspects of behaviour that simply couldn’t be measured, Di Mascio was clear.

“Yes undoubtedly, the bits that make us human. The creativity, the flexibility and the job of being a human being can never be replicated. We’re create individuals with our own quirks, and long may that be true.” 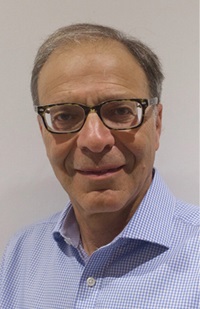