China is an attractive asset management market, one that is primed for growth, with foreign investors expected to increase their allocations, says Lan Wang, CFA

Fundamental demand from foreign investors for Chinese stocks and bonds are expected to grow strongly, reflecting their potentially high returns as China’s economy continues to expand, as well as their low correlation with other assets. Improvements in the regulation, liquidity and accessibility of China’s markets will also encourage greater interest from foreign investors. These trends will likely result in increased inflows for global asset managers with a presence in China.

Foreign investors held about $1.2 trillion of Chinese assets through mutual and exchange traded funds (ETFs) as of first quarter 2021, plus additional sums through direct investments. However, their exposure remains disproportionately low relative to China's economic importance. China-related investments accounted for only 3%-5% of global pension and endowment funds' assets under management (AUM) in 2020, well below the country’s 18% share of world GDP.

We expect foreign investors to increase their exposure as China’s financial regulation develops. China’s capital markets have matured significantly in the past few years, supported by a set of sophisticated regulatory measures designed to control investor leverage, reduce volatility and increase market accessibility.

Chinese assets are also attractive to foreign investors because they have so far been relatively insulated from global markets, making them a good source of diversification. Between January 2005 and June 2021, the S&P 500 index and the Shanghai Stock Exchange index had a correlation ratio of 35%.

China's comparatively high interest rates and robust economic growth also offer the prospect of strong investment returns. China's 10-year government bond yields are around 3%, compared with less than 2% for their US counterparts. The gap with European bond yields, which are under 1% or in some cases negative, is wider still. China's economy also continues to outperform. Moody’s expects the country's GDP to expand by 8.5% in 2021, compared with 6.5% and 4.2% for the US and euro area.

Investment in China exposes investors to certain risks, including relatively high market volatility, regulatory risk and geopolitical risk. For example, the U.S. has certain prohibitions on its investors to invest in stocks in companies in China’s military sectors.  And recently, China took regulatory actions against industries such as technology and afterschool education. Further to the recent government-led actions in China, the US Securities and Exchange Commission published a statement in July 2021 summarizing how these developments, along with the commonly-used variable interest entities (VIE) structure by the US-listed Chinese companies, pose risks to investors and outlining new risk disclosure requirements for Chinese companies.  As a consequence, investor appetite for foreign investments in China may be dampened in the short-term. However, the underlying drivers that attract foreign investments in the long term remain unchanged.

Global funds also see China as attractive because new opportunities are likely to emerge from the Chinese government's investment programme to develop the domestic economy. The government is pursuing a “dual-circulation” strategy, designed to promote domestic production and consumption as a second growth driver alongside exports.

While foreign investors as a whole remain underweight with respect to China, the global funds with the biggest China exposures have increased their investments in Chinese assets at a compound annual growth rate (CAGR) of around 50% over the past five years.

Demand for passive and active investments will grow

China has since 2018 been included in emerging market indexes such as MSCI, FTSE Russell and Barclays Bloomberg, which are tracked by passive investors. This has been a catalyst for foreign investment growth.

However, such indexes tend to focus mainly on large-cap Chinese firms traded in Hong Kong and New York. They provide negligible exposure to domestic small cap Chinese firms, whose A shares change hands on mainland Chinese exchanges. The overall weight of Chinese A shares in the MSCI Emerging Markets is approximately 5%.

This hinders foreign passive investors from gaining exposure to high growth Chinese companies active in consumption and technology-driven sectors. Some foreign investors are therefore likely to pursue active investments, selecting from a range of growth stocks listed on China's A-share exchanges, and on the Nasdaq-like Shanghai Stock Exchange Science and Technology Innovation Board (known as the STAR market).

In Moody’s view, global players offering passive vehicles and active managers with an established presence in China, particularly those with local subsidiaries, are likely to benefit most from the anticipated increase in investor demand for Chinese assets.

Many Chinese asset managers have offshore subsidiaries that invest on behalf of foreign clients. However, global managers have some inherent advantages. According to a 2019 Greenwich Associates’ study, foreign investors in China prefer international managers with experienced investment teams, and proven risk management capabilities under the supervision of a developed market regulator.

Global asset managers with a presence in China have a particular competitive edge. This is because the local knowledge provided by a Chinese subsidiary allows customer-facing asset managers in the US or Europe to design optimal solutions for their clients. 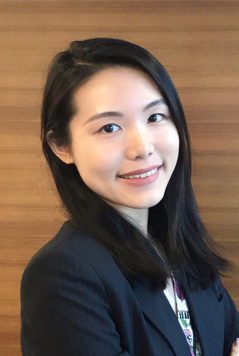 Lan Wang, CFA, is an AVP-Analyst at Moody’s Investors Service

The fact that asset managers are increasing their digital content is not new, but the Covid-19 pandemic accelerated the transition to building larger digital channels, says Miles Donohoe.

How to hire the right asset management talent