Cryptocurrencies have garnered significant market attention in recent years, not least because of their valuation volatility. Some have compared cryptocurrencies to tulips – a reference to the popular belief in an asset price bubble in tulip bulbs in the Netherlands in the mid-17th century.

One market response to the volatility of cryptocurrencies has been the development of stablecoins. Unlike other cryptocurrencies, stablecoins are backed by assets and therefore should, at least in theory, be more stable than non-asset-backed cryptocurrencies. However, while this may reduce volatility for holders of such coins, the behaviour of stablecoin operators as buyers and sellers of traditional financial assets could have knock-on consequences for other market participants.

We believe that the rapid growth of stablecoin issuance could have material implications for short-term credit markets, and will almost certainly result in tighter regulation for this nascent sector. Specifically, should stablecoins become systemically important and encounter redemption pressure, we believe that the liquidation of their reserve holdings could pose asset contagion risks. Contagion risks are primarily associated with collateralised stablecoins, varying based on the size, liquidity and riskiness of their asset holdings, as well as the transparency and governance of the operator.

For example, Tether, the largest stablecoin issuer, appears to use a fractional reserve system rather than being fully cash-backed, and allocates to risk-assets. As of 31 March 2021, Tether held only 26.2% of its reserves in cash, fiduciary deposits, reverse repo notes and government securities, with a further 49.6% ($20.3 billion) in commercial paper (CP). Tether’s consolidated assets totalled $41 billion, and may be rising rapidly; total assets associated with its US dollar-linked stablecoin (USDT) reached $62.1 billion on 26 July.

These figures suggest its CP holdings may be larger than those of most prime money market funds (MMFs) in the US and EMEA. A sudden mass redemption of stablecoins could affect the stability of short-term credit markets if it occurred during a period of wider selling pressure in the CP market – and particularly if associated with wider redemptions of other stablecoins that hold reserves in similar assets. Run risks were highlighted when a partially collateralised stablecoin, Iron (substantially smaller than Tether), broke its peg in June 2021.

Stablecoins hold a limited share of total CP outstanding. According to US Federal Reserve data, US CP outstanding was around 1.1 trillion US dollars at end-March 2021, which would make Tether’s holdings specifically equivalent to just 1.8% of the total market. If Tether were to liquidate these exposures in normal market conditions, the impact would likely be limited.

The calculus changes, however, if market conditions are unfavourable and a stablecoin issuer acts as the marginal seller of risk into a distressed market. Vulnerabilities in the short-term markets were revealed in March 2020, even for ultra-liquid US Treasury securities. Had stablecoins been forced to liquidate CP holdings in March 2020, money market funds (MMFs) attempting to liquidate securities at the same time to meet redemptions and maintain liquidity could have come under additional pressure. Given that the behaviour of stablecoin investors and decentralised financial markets is relatively unknown – and potentially volatile – the risk, even on a fairly small scale, is not easily dismissed.

Fewer risks are posed by coins that are fully backed by safe, highly liquid assets, although authorities may still be concerned if the footprint is potentially global or systemic. For example, USD Coin, the second-largest US dollar-linked stablecoin, is backed by US dollars on a 1:1 basis held in custody accounts. The Diem US dollar stablecoin, which the Facebook-backed Diem Association plans to issue in partnership with Silvergate Bank, proposes to hold at least 80% of its reserves in low-risk short-term government securities. The remaining 20% would be held in cash, with overnight sweeps into MMFs that invest in short-term government securities with the same risk and liquidity profiles.

Projects that could rapidly become systemic, such as Diem, have drawn the attention of regulators and could lead to tighter regulation of stablecoins. US regulators have also noted that entities with asset allocations similar to that disclosed by Tether may not be stable if short-term credit spreads widen significantly, as has occurred in times of financial stress, such as in 2020 and 2007–2008. This contrasts with the way stablecoins are marketed to the public.

Tighter regulation is proposed under the Stablecoin Tethering and Bank Licensing Enforcement (STABLE) Act in the US and the Markets in Crypto-Assets Regulation in the EU, though the timetable and details of planned changes are subject to change. Separately, authorities are also reviewing proposals to enhance MMF resilience in the wake of last March’s ructions. Increased regulation could improve transparency and force a gradual migration of stablecoin collateralisation reserves to less risky assets. The process may also influence – or be influenced by – authorities’ promotion of central bank digital currencies, as well as instant payment services, like the FedNow Service in the US.

We believe authorities are unlikely to intervene to save stablecoins in the event of a disruptive event, partly due to moral hazard. Authorities could, however, step in to support dealers and prime MMFs should stablecoin redemptions lead to or amplify a wider short-term sell-off, pressuring market liquidity and asset prices, and impeding new CP issuance. The problem for regulators is that, unlike MMFs and other short-term market participants, stablecoins are not well understood and actively regulated. Adverse developments could therefore happen with both unexpected and unfortunate timing, driven by the behaviour of potentially volatile underlying investors.

Or, in the words of Sir Isaac Newton as he bemoaned his losses in an 18th century speculative bubble, the South Sea Company: “I can calculate the motion of heavenly bodies, but not the madness of people.” 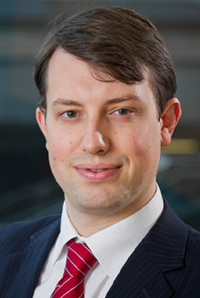 The investment implications of the metaverse

How will the advent of the metaverse change our future? The metaverse is more than immersive experiences for gamers. It is expected to be widely adopted in many areas, and offers a host of investment opportunities, suggests Frank Tsui, senior fund manager and head of ESG Investment at Value Partners.