This quote from Ernest Hemingway's novel The Sun Also Rises poignantly describes how subversive change can often develop little by little, out of the limelight, as it were, and catch us completely by surprise when the effects of that change become suddenly apparent.

Let’s take the Internet as an example. It took years - decades even - before the Internet went mainstream. However, once that happened, it transformed virtually every industry it has touched - and gave rise to a number of others in the process. Yet, when it first started to gain ground, it was often dismissed as a fad. In fact, it was predicted that it would collapse by 1996! And yet, while it is true that many companies went bust in the aftermath of the dot com bubble in the late 1990s, whole sectors were made obsolete by the Internet's meteoric rise during the twenty years since.

In my opinion, what the Internet has done to newspapers, decentralised finance (DeFi) will do to the financial ecosystem. Decentralised finance is an umbrella term that refers to a variety of different projects within the digital asset market. Together, these projects aim to recreate services offered by the traditional, centralised financial system in an open and decentralised way that could allow for greater efficiency, transparency, speed of execution, and more equitable participation. This article presents an overview of decentralised finance and explains how, in my opinion, investors should interact with it in a meaningful way in order to identify the best alpha-generating opportunities among the thousands of currently available DeFi projects.

What Is DeFi - An Overview

Like Bitcoin, DeFi projects use blockchains as a public ledger that facilitates and registers financial operations. However, where the Bitcoin blockchain allows only for transactions, DeFi leverages blockchain technology to give users access to services such as borrowing and lending, trading derivatives, or insurance - all in a decentralised, trustless, permissionless, and autonomous manner. As such, the major use cases of DeFi projects include:

All of this is possible thanks to innovative technology known as smart contracts. Smart contracts are the key feature of DeFi and important innovation that was introduced to the crypto space with the creation of the Ethereum blockchain by Vitalik Buterin in 2015. If Bitcoin is to finance what Blackberry was to the phone industry, then the development of Ethereum could be likened to the launch of the first iPhone. And just as iPhone’s app store created a whole ecosystem of smartphone apps, Ethereum’s smart contracts gave rise to the DeFi space.

What’s So Smart About Smart Contracts?

In general terms, smart contracts are small, autonomous programs deployed on the blockchain. Because they operate on the blockchain, they are equally transparent and immutable as any other operation (transaction) that’s registered on the distributed ledger. In other words, once a smart contract has been deployed, its terms cannot be changed by either party.

Most of the DeFi activity happens on the Ethereum network as it was the first blockchain that offered smart contract functionalities. Because of that, many DeFi services are interoperable and can be built on top of each other. In recent years, however, developers have created other smart contract-enabled blockchains that compete with Ethereum - and with each other. Some of these projects include Cardano, Avalanche, Solana, and Terra.

Thanks to smart contracts, DeFi is one of the fastest-growing areas of the digital asset market and one where the biggest innovation potential can be found. As such, decentralised finance projects provide numerous opportunities for investors looking for new sources of alpha.

Generating alpha in the DeFi space requires an in-depth understanding of the cryptocurrency market that traditional, non-crypto native investors may lack. To identify opportunities among dozens of new DeFi projects that appear nearly every day, investors need to perform crypto-specific due diligence. Such due diligence requires obtaining an understanding of the technological aspects of a DeFi project. Often, an investor will need to carefully examine the white paper of a project and even review the smart contracts it leverages.

To avoid additional pitfalls, an investor should also look at the project’s tokenomics and governance model. Tokenomics refers to how the value of the token specific to that DeFi project will be generated while governance relates to a system for managing and implementing changes to its protocol. Other important aspects of a DeFi project that often has a strong bearing on its long-term performance are the team behind as well as the community it managed to rally around it. Taking into consideration all these factors may limit the inherent risk found in this burgeoning yet volatile space and help an investor identify a promising new project before it goes mainstream and its value skyrockets.

This is an attractive option for digital asset owners because interest earned using DeFi may greatly surpass rates offered by traditional financial mechanisms such as bonds. For example, while U.S. bond interest rates sit between 1% to 3%, Aave interest rates can easily surpass 15%.

DeFi as a Growth Mechanism?

Decentralised Finance has already seen amazing growth within the digital asset market. The total value locked in DeFi projects increased from $601 million at the start of 2020 to $239 billion so far in 2022, a nearly 40,000% rise, according to a recent report.

Even though these numbers are incredibly impressive, there is still more room for growth. Currently, DeFi is mostly used by crypto insiders while the woes of the traditional financial system it tries to solve persist. However, in order to really capitalise on the opportunities found in the DeFi space, investors must also recognize that investing in DeFi requires conviction in the long-term validity and transformative potential of this space.

For most investors at the moment, digital assets exist at the farthest side of the risk spectrum and are treated as a short-term, risk-on investment aimed at generating the highest yield in a short time. While such opportunities do exist in the digital asset market, the biggest rewards come with more of a long-term approach and conviction in specific projects that aim to solve specific problems - both in the digital asset market and in the world of traditional finance. For example, some of the best performing crypto projects in the past year - Solana and Luna - were created in 2017 and 2018 respectively.

It will still take some time - probably even years - before we see DeFi enter the mainstream in the same way Bitcoin already has. Once that happens, however, those who are able to recognize the value of this space now will be in the best position to capitalise on its growth. 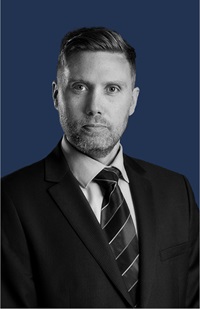