David Fairs is Executive Director of Regulatory Policy, Analysis and Advice at The Pension Regulator. He talks to Professional Investor about why the pensions industry needs to do better on Diversity, Equity, and Inclusion (DEI).

Earlier this year, The Pensions Regulator (TPR), published its diversity and inclusion action plan, on the back of research that revealed that trustee boards have a long way to go on the issue.

It's a significant problem, says David Fairs, Executive Director of Regulatory Policy, Analysis and Advice at The Pension Regulator, who has been working to bring change to the industry. “I want to see trustee boards actively think about DEI as a way to attract people. It’s not enough for there to be diversity. The different views around the table need to be respected and people need to feel that their contribution is valued, so inclusivity is important. We as a regulator have to think about the regulatory decisions we make and about whether those decisions are promoting or supporting equality or acting against it,” he says.

It starts with bringing people into organisations, however. The industry has failed to attract diverse trustees for a variety of different reasons, particularly when the conversation shifts beyond gender. Fairs thinks part of the problem is around the process of how people are selected to sit on boards. “I think there is a level of unconscious bias in terms of the selection criteria that trustees have to meet in order to join a trustee board. For example, the requirement to have extensive knowledge of investments, accounting, or legal pension expertise has attractively a mostly white male group of individuals. One of the things we’re trying to do now is move some of the criteria that are stopping different types of people becoming trustees, particularly around the types of expertise and levels of experience,” he says.

He points out that pension funds are facing new and evolving challenges that require different perspectives, for example when thinking about climate change and sustainability, something that a lot of younger people in pension funds are concerned about.

“People from different backgrounds think in a different way, and have different perspectives. Sometimes, that hasn’t been welcomed by trustee boards because you move from a consensual environment to one where you get challenged and issues debated, and sometimes that feels uncomfortable.”

He also wants pension funds to think about the range of age of trustee boards. One-third of scheme trustees are aged over 60, and 50% of chairs of trustee boards are over 60 years old, according to the PLSA research.

“Trustee boards at the older end of the spectrum may not be accustomed to newer ways of communicating. They may not engage with social media for example, which means they aren’t engaging with their membership and workforce. They aren’t hearing about the challenges that people face. If you don’t understand the different perspectives of your membership, you can’t make decisions on their behalf,” Fairs says.

But implementing a successful DEI strategy is not easy. Fairs points out that, at the senior level, organisations fight for diverse candidates, while junior talent are not getting the opportunity to grow into roles. “We need to build a pipeline of talent that can naturally step into these more senior roles, rather than try and poach those that have already reached senior positions elsewhere,” he says.

He also argues that the industry needs to look at the bigger picture. Lack of DEI is impacting more than just trustee boards. “If you look at research from PPI, people from Pakistani or Bangladeshi or from black communities, and women, all have poorer outcomes for retirement than other communities. Some of this is driven by inequalities of employment within these communities, which feeds into people’s retirement incomes, but we have to find a way to tackle these inequalities, not just in terms of work, but also in terms of retirement,” he argues.

He recognises that TPR has work to do as well. “We ourselves are extremely good in terms of gender equality, we have pretty good equal representation of men and women, but less strong representation in other areas, so we ourselves are going on the same journey we’re asking our community to go on. We don’t expect it to be an easy journey, but it’s really important.” 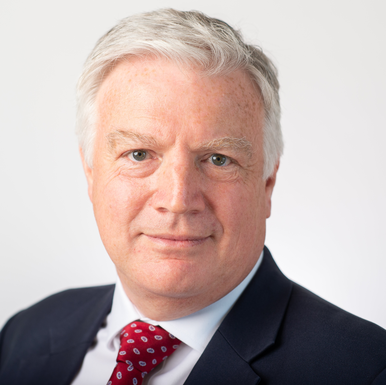