Is legislation hampering the move to net zero?

The hottest and driest summer on record is just coming to an end, and although weather is notoriously difficult to predict, there are sufficient indicators of a cold winter season ahead. Even in light of the changing climate, environmental legislation is slow to catch up.

In June 2022, the US Supreme Court voted 6-3 in favour of West Virginia limiting the Environmental Protection Agency (EPA) to reduce greenhouse gas emissions from power plants. The main premise of the ruling was to limit the powers the EPA seemingly assigns to itself, although there are other political issues at play. The West Virginia senator, for example, has openly stated he will not support the Democratic party’s climate legislation citing the increasing tax burden as his main reason, and he is not alone. On the 7th of August 2022, the US Senate passed a $430 billion bill intending to fight climate change, lower drugs prices and raise some corporate taxes. It was passed with a 51-50 majority. The tie-breaking vote was cast by Vice President Harris, and clearly shows the division in US politics. Although certainly not all, a proportion of the Republican senators who voted against the bill will have done so because it was proposed by the Democratic party.

In July 2022, the UK High Court ruled in favour of the GoodLaw Project which challenged the UK Government’s Net Zero strategy. The ruling found that the Net Zero strategy is inadequate since it lacks detail regarding a sustainable practical implementation. The government failed to consider the quantitative contributions of their proposals; how the projected shortfall in the reduction in emissions were supposed to be made up; and the risk of delivering the policies. As a result of the ruling, the UK government will now have to prepare a set of proposals that are clear and achievable, and that allow for the government to be held accountable. Although the UK Government’s Net Zero strategy is intended to follow the European Climate Law, the implementation was found lacking.

Given the extreme heat wave across the world in June and July 2022, it can no longer be denied that climate change exists. However, the legislation to make things happen is sorely lacking at the moment. 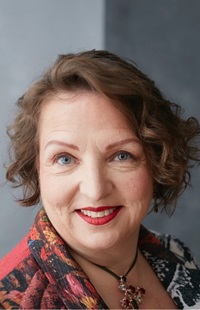 Now’s our chance to speed up the transition. Will Russia’s invasion of Ukraine be the catalyst for change?

Could active managers raise the bar when running climate-focused funds? Research from Pensions for Purpose has revealed that active managers have a long way to go on benchmarking climate funds, says Chair and Founder Karen Shackleton.