How pension funds should invest in difficult times

Investors need to think carefully about their underlying investment beliefs, and how they have set up their portfolios for success, says Andrew Drake, ASIP

PI: What, for you, have been the biggest implications of the current crisis?

Drake: I have been thinking about this a great deal for the last few months and, amongst all the noise, three things stand out. The first is the crazy volatility. The second thing is the continuation, or accentuation of 'zero yield'. The third consideration is whether, in the background, the world is really changing its habits, or whether this is just a blip.

2020 is projected to take a huge hit to GDP compared to 2019. According to a recent OECD report, even without a second wave of coronavirus we are likely to see a fall in GDP of 12% in the UK, 9% in the Eurozone, 7% in the US, and globally around 6%. That’s massive.

However, contemporaneously, there is almost no correlation between stock returns and real GDP growth. Even when you look back over time, the relationship between stock returns and measures of economic activity is mixed at best. And if this historical relationship has been weak, it should be even weaker right now, where every measure of economic activity has been distorted by the mandated lockdown. So perhaps you should be looking elsewhere for clues on how the next stage of the crisis is going to impact your portfolio.

Drake: If you look at the last two big stock market crashes, the 1987 crash didn’t have that much effect on Main Street. It was very much an asset led crash, led by stocks. The Global Financial Crisis of 2008 was also an asset price phenomenon, but this time it was housing rather than the stock markets. This crisis did impact Main Street, with the political implications still being felt today.

The current situation is completely different. It is a supply side crisis, a collapse in the service sector, rather than a demand side or monetary crisis. It’s like a huge part of society has been forced to take a staycation for four months and nobody has gone out, shopped or socialised. So there’s been a collapse in services like travel, hospitality, restaurants, and entertainment. The big unanswered question is will we see things go back to normal? Or has society changed in some fundamental way?

PI: So what should pension funds be thinking of now?

Drake: Now is the time to put the work in to think carefully about your underlying investment beliefs and how you’ve set your portfolio up for success. It is probably the most important thing that enables you to stick to the strategy that you set out. This is particularly valuable in a crisis, where fear and greed will be heightened.

When the 2008 crisis happened, the investors that had really thought through why they were investing the way they were much less likely to mess with their strategies. I think that’s the key to riding these things through.

The word governance is overused and means different things to different people, but if you can set things up to have the best possible chance of success, then you’re in a strong position. Go back to first principles and articulate this in a practical way that guides your actions. Consider who is on your board, how many people are involved, who is making the decisions, and how. When you look at strong investors around the world, they have many different ways of investing, but those ways are correct for their own psychology and circumstance.

PI: So psychology is important?

Drake: I heard an insightful story a few years ago. Harry Markowitz won the Nobel Prize in economics for creating formulas that tell you exactly how much of your portfolio should be in stocks versus bonds depending on your ideal level of risk. The Wall Street Journal asked him how, given his work, he invests his own money. His answer? “I visualized my grief if the stock market went way up and I wasn’t in it -- or if it went way down and I was completely in it. My intention was to minimize my future regret. So I split my contributions 50/50 between bonds and equities”.

As an individual, if you are the sort of person who can stomach losing nearly every day but winning big when you win, then your psychology is very different from someone who needs affirmation every day that they are nudging upwards. Similarly, for an institutional investor, investment beliefs and governance drive behaviour and have to come before investment strategy. It is time well spent to articulate your thinking in these areas.

Think about this crisis. If you were able to remain calm and resist the temptation to meddle, your investments are likely to be pretty much back to where you started at the beginning of the year. Indeed, if you had fallen asleep at the end of September and woken up today, you’d might even be pleased with your performance. But if you didn’t have that confidence in your portfolio, it would have been very hard to sit tight. In fact, I spoke to one market commentator in late March who had just sold half his stocks for cash.... right before the market shot back up.

With pension funds there is also the fact that you’re investing to meet your liabilities rather than just for growth. But, once you have your preferred liability hedging strategy in place, it struck me once again how relatively simple growth portfolios can do really well in volatile markets. Some of the best growth portfolios through this crisis have been simple, balanced ones that are sort of timeless portfolios, e.g. 25% stocks, 25% long bonds, 25% cash, and 25% gold. So there are lessons around essentialism and diversification, but also the simple fact that portfolios that don’t go down as much are more resilient. Returns percentages are compounded, and losses from a higher starting point have a much bigger effect on your account balance than the same percentage gain from a lower starting point.

Also, the role of bonds in the portfolio is more nuanced than many think. I’ve heard commentators say that because rates are so low, they aren’t going to get any good returns from this asset class. However, the assumption of diminishing bond returns with falling rates is wrong. For example, a theoretical 30-year bond with a negative interest rate of -1% experiences double the profit of one with a 10% interest rate when rates fall an identical -1%. This is due to convexity, which basically means that the sensitivity of a bond to interest rate changes isn’t constant. Rather, it accelerates as rates drop, and the amount of acceleration depends on how much time is left on the bond. So when long-term bond rates are very low; you make a lot of money even when there are only small movements down.

PI: There have been many challenges for investors during the last few months. Is there room for optimism going forwards?

Drake: When the news seems unrelentingly bad, but the market has recovered and is in fact looking strong, it’s a good time to reflect: are my personal beliefs being overly-influenced by the psychological impact from the bad news? Am I forgetting to discount the fact that there is actually good news out there (but under-reported)?

As an investor, the way to end up with an honest assessment is to look at whether you make money or not. Do you want to be right, or do you want to make money? If you want to be a successful investor, you better get comfortable with being wrong a lot of the time. If you get things right seven times out of ten, then you are amongst the best investors that have ever lived! Getting comfortable with being wrong is an interesting psychological trait. It teaches you to be humble.

I would argue that investors should go through the evidence and the data and try and make calls when they feel they know something, and try to be neutral when they don’t.  Right now markets seem to be relatively upbeat about the future, which may appear in direct contradiction to your news feed. This alone is grounds for cautious optimism. Would you rather trust the markets, or the predictions of experts and the reporting of both mainstream and social media? 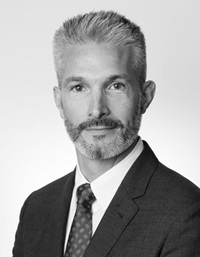 The investment case for retirement housing

Why the later living market is maturing

A systematic approach to investing in emerging markets

Is it time to change the conventional thinking on emerging market investment approaches?