Amidst the coronavirus chaos, there remains one topic upon which consensus seems to be steadily growing - ESG. Environment, social and governance factors are being weighed and measured as never before, with one area growing extremely fast, cybersecurity.

Published in January, RBC Global Asset Management’s ‘Responsible Investment Survey’ revealed that two-thirds of 800 institutional investors, in the United States, Canada, Europe and Asia, are more concerned about the impact of cybersecurity on their investments than anything else under an ESG heading. We should not be surprised.

Cyber breaches rose by over 65% over five years (to 2019) and the total global cost of cybercrime between 2019 -2023 is estimated to be $5.2trn, according to Accenture’s ‘Ninth Annual Cost of Cybercrime’. And, of course, that was before the world was forced to work from home. From the huge number of reports of surging cyber-attacks, it is particularly depressing to hear the World Health Organisation has suffered a fivefold increase, while behind the scenes rival agencies cyber-spy in the race to find a vaccine.

There are many pieces of (free) advice and ‘thought leadership’ on the subject and not least around boards’ ability and willingness to take ownership of cybersecurity. Many adopt a similar tone, ie. they assume a board’s ignorance and suggest it be addressed periodically through bite-size education.

The burden of educating now often falls on a Chief Information Security Officer, who rightly and rapidly is growing in corporate status. But if there’s nobody within the company, boards ‘may also want to consider hiring outside experts to explain the latest technologies and best practices to help directors become more educated on cyber risk and preparedness’.

But the truth is that board ignorance remains largely unchanged. The Principles for Responsible Investment’s recent Stepping up Governance on Cybersecurity is a snapshot of the status quo, noting that ‘nearly 60% of companies did not indicate that their board or board sub-committee was responsible for cyber security related issues’.

Furthermore ‘only 10% indicated that they actively appointed directors with cyber security skills and expertise’. This is growing harder to reconcile with not only the institutional investors’ and shareholders’ concerns, but also those of stakeholders, who bear the brunt of (for example) a major data breach. There seems to ongoing denial as Clara Durodié, CEO of Cognitive Finance says that cybersecurity ‘is not just an IT issue, it is a board issue.’

A cyber-attack (the defence against it and/or the response to it) is in fact one of the few potential wholesale catastrophes which can (should) be incorporated into company strategy. Of twenty-two principal global risks listed in the biennial Lloyd’s City Risk Index, only the threat of ‘Cyber-attack’ (ranked 7th) is constant and in large part (relatively) known: less of a black swan perhaps, than grey. The rest (earthquakes, solar storms, war, etc.) are sporadic and unpredictable, beyond the control of any board and requisite of an insurance policy. As an aside, a human pandemic ranked 4th (and its cost seems somewhat underestimated) in the same Index.

Board composition and corporate governance have been and are subject both to academic and increasingly empirical investor scrutiny. There has been particular emphasis on the importance and benefits of ethnic and gender diversity. Scrutiny of competence, however, and relevance has been less intense, in large part because of an absence of data.

In the context of ESG and specifically cybersecurity, this seems unsustainable. By way of (an admittedly simplistic) example of a dichotomy, the average age of a public company independent non-executive director is currently over 60 for FTSE companies; and over 63 on the Dow. Both are rising. By comparison, according to Marlin Hawk’s, The CISO in 2020, 73% of CISO’s are under 45; and 42% of female CISO’s are under 35. It is not only the gap in knowledge that stands out.

The good news is that boards are at last being more than spoon-fed knowledge. For example, Resilient Governance for Boards of Directors (Center for Long-Term Cybersecurity at UC Berkeley) accepts that ‘currently, there is no stable and consensual playbook for board oversight of cyber’, but it usefully sets out and offers guidance around the choices open to a board (including possibly having ‘specific board members who offer deep specialized knowledge of cyber’).

One prominent investor, Warren Buffett, described cybersecurity as ‘the number one problem with mankind’ (although he did so in 2017; it has recently, let’s hope temporarily, been usurped). The point is that it is the investors – including CFA charterholders – who must shoulder the burden of driving change at board level.

Stakeholders are in the public eye and the politicians too, who will take advantage (Elizabeth Warren et al.); but it is the larger shareholders, with a voice or even a seat at the table, who are most likely to have an immediate impact. As a first step, they need to ask for more detail and data around boards’ ownership of ESG generally and cybersecurity in particular.

Today, more than ever, we individuals depend on technology. But many companies depend totally on technology. Dependency and vulnerability go hand in hand. Investors, over to you. 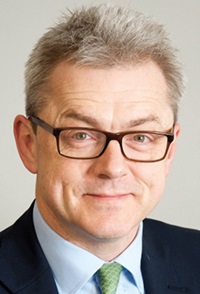 Rupert Mathieu is a Managing Partner of Sainty, Hird & Partners. He started working in executive search in 1999, having spent eight years at JP Morgan in London and Tokyo. He now runs the Asset & Wealth Management practice.

This article was produced on behalf of the CFA UK Careers in Investment Working Group.

There is a small talent pool in responsible investment analysis. Investment firms would be well advised to develop a recruitment and retention strategy specific to ESG, and many are already doing exactly that, reveal Emma Wallis and Sarah Dudney.

After market free fall, what happens next?

Coping with self-isolation: Danger and opportunity, a tale from Wuhan