Ethereum’s ‘merge’ has shown that the crypto community can and will act on sustainability. The utility of some cryptoassets to run smart contracts could be where the future lies, though there is still plenty of complexity ahead, says Dion Seymour.

Last year, Bitcoin reached an all-time high of USD$ 69,000. Although it has retracted during 2022, there is increasing interest from institutional investors and traditional finance actors such as Goldman Sachs. Whilst crypto seem to be slowly shrugging off the perception of being a haven for criminality, some investors, and funds, may be hesitant due to the fact that cryptoassets, and bitcoin* in particular, have involved high energy use.

The recent development with Ethereum - the second most popular cryptoasset after Bitcoin - called “the merge” has reopened the energy consumption debate as the Ethereum network will now use significantly less electricity.

The growing interest in Environmental, Social and Governance (ESG) investments increased in the US to record levels in 2021, with a 35% increase for sustainable funds compared to 2020.  Global ESG assets are on track to exceed $53 trillion by 2025, representing more than a third of the $140.5 trillion in projected total assets under management.

Considering this shift towards sustainability, a question arises: Can bitcoin have a role for ESG-conscientious investors with other cryptoassets becoming more ESG friendly?  It is a much more nuanced topic than it may first appear.

Explaining The Energy Use

The electric carmaker Tesla had, for a period, accepted bitcoin as payment. However, it stopped a couple of months later, citing concerns due to the environmental impact. A return to accepting bitcoin has not been ruled out forever with the company stating that it might resume when the use of renewable energy is at or above 50%. This approach does recognise that considering only the energy consumption is a blunt tool to measure the environmental impacts of cryptoassets.

Bitcoin requires so much energy due to the method employed by the Bitcoin protocol, called Proof of Work (PoW). However, PoW is not the only method that is used, with Proof of Stake (PoS) being used by the next largest cryptoasset, Ethereum (as of 15 September 2022), following “the merge”. The two methods of consensus are explained further in an article by Coinbase.

The crypto community is aware of the concerns and there are increasing efforts to address it with the formation of groups such as the Bitcoin Mining Council to promote education on this topic. Miners will use the energy make-up from the country where they are based and where the nation is more predisposed to renewable that changes the carbon output. Since China banned Bitcoin mining in May 2021, nearly 60% of all Bitcoin is now mined using renewable sources of energy. The merge is part of this, but what was the merge? The development of the merge dates back to 2016 and whilst called a ‘merge’ was more of a switch over. The main outcome of this was that Ethereum will no longer need miners in the same way that Bitcoin does. The Ethereum foundation has stated that this change will result in a reduce of energy costs by more than 99%. Ethereum is not the only token with other major cryptoassets such as Cardano and Polkadot also using PoS as opposed to PoW.

A research report from Galaxy Digital calculated that the energy use of the Bitcoin network was significantly less than the banking system or the gold industry. However, this point is often overlooked. Demonstrating an awareness that not all cryptoassets are the same, the EU Parliament presented a proposal to limit PoW earlier this year, but it was ultimately rejected.

However, the case for green taxes on cryptoassets is often raised (for which the writer has argued against). Equally, a European Central Bank report also identifies that not all cryptoassets had significant carbon footprints and questions the role of public authorities compared to that of financial institutions.

Putting aside the valid environmental concern, reduced energy consumption is not the only benefit for the PoS protocol. A further benefit for investors of PoS over PoW is that PoS tokens can provide return almost akin to interest. This is a process known as staking, where the benefit does not go to the miners, but rather the “validators”. Generally, PoW tokens do not provide any return to investors other than capital appreciation, which less than ideal in a falling market. The amount that can be earnt varies based on any exchange that is used, the cryptoasset and the length of time the tokens are staked for (the writer notes a 3.85% return on their staked Ethereum in their Coinbase account). With the rapidly rising interest rates, this does not sound high. However, these returns have been consistent over 2022. For other PoS tokens, double-digit returns have been advertised with traditional investment press such as The Motley Fool, considering whether there is a role for such cryptoassets in investment portfolios.

In addition to passive income, Ethereum has the added utility of being usable alongside Decentralised Finance (DeFi). In the last few years, DeFi has gained the ability to provide a wide range of financial products that were more associated with traditional finance such as loans. This utility is linked to the ability of Ethereum to run smart contracts rather than the consensus method employed. That said Bitcoin is also evolving with the Lightening project which will increase the time it takes to settle a transaction in bitcoin.

Does this mean that PoW tokens will have to convert to PoS as well? In this writer’s opinion, the answer is no. As discussed above, particularly around the ESG credentials of PoW tokens, it is a complex topic and not as simple as ‘Bitcoin equals bad’. It is a positive development that policy makers, and others in the markets, have recognised that not all cryptoassets are the same. However, bitcoin has a presentational issue that may dissuade investors, and without PoW tokens moving to PoS, it may be harder to meet any ESG requirements**.

The merge has demonstrated that the crypto community can and will act. Currently, the EU is looking to ban fossil fuel cars by 2035 and the UK Government is looking to do the same by 2030. From a policy perspective, it is difficult to imagine how PoW tokens would avoid following Ethereum’s move to PoS, as policy makers continue to circle.

However, the utility of some cryptoassets to run smart contracts may be where the future lies. As with all things in crypto, as the answer is never straight forward. The pace of development for all types of cryptoassets remains high and no one knows what tomorrow will bring.

*Fun fact. The spelling of Bitcoin can vary. However, there is an often-overlooked rationale to use. Bitcoin (with a capital “B”) is the protocol and the network. However, bitcoin (lowercase “b”) is the unit of account.

** This should not be understood as investment advice. This is simply a disinterested analysis of several potential upsides of switching over to PoS.

Dion Seymour is the Crypto and Digital Assets Technical Director at Andersen. He has extensive tax technical experience in cryptoassets and was formerly the cryptoasset policy and product owner at HMRC. 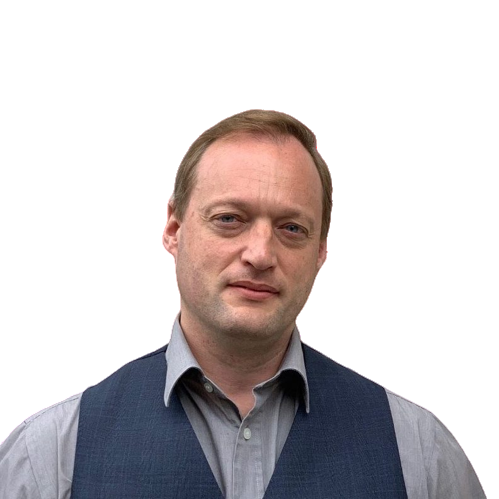