The investment case for retirement housing

The later living sector has not seen the same uptick as other sectors in the UK, but it is essential for addressing the care needs of a growing retirement community. It also offers strong opportunities for investors, argues Simon Loveridge, Chief Financial Officer of Riverstone.

The population of over 65s is growing rapidly across the world, with projections showing that more of us will be over retirement age than ever before. By 2030 more than one in five people in the UK (21.8%) will be aged 65 or over, while globally over 60s will account for 21.3% of the world’s population by 2050.

Despite these statistics, investment and diversification in later living models is a less mature part of the growing living sector in the UK.

Age is just a number

According to research by real estate firm Savills, there has been an “abundance of investor interest” in retirement communities over the last 18 months, but a severe undersupply in suitable housing persists. Research by Knight Frank found that in 2021 there were just under 750,000 homes in the senior housing market, a mix of retirement housing and housing with care, yet the population of over 65s stands at 12.4 million.

As demand for retirement housing increases, investors are recognising the opportunities the sector provides. Internationally 5-7% of the real estate market is focused on the senior living sector, while in the UK it is less than 1%. Given the lack of integrated retirement communities in the UK and the rising population rate, there is an incredible opportunity to be part of the early stages of growth in the sector.

The statistics outlined above speak for themselves, we are hurtling towards a situation where a considerable percentage of the UK, and global population, will be over 65, yet we are seeing severe undersupply in this space of the housing market. While multiple operators and investors have sprung up to cater to ‘generation rent’ and ever-increasing numbers of undergraduates through build-to-rent and purpose build student accommodation (PBSA), we have not seen the same uptick in the later living sector. It is quite surprising that this part of the market continues to be under served, it’s a cohort of the population that has on the whole amassed considerable wealth. As an investment proposition it is incredibly attractive as there are millions of consumers seeking housing solutions for later life.

The big question is what can we learn from delivery overseas, and how does that translate for the UK market? Those already venturing into this space are recognising the different consumer demands and priorities, which is translating into a varied retirement housing offering – from rental to sales, extensive amenities to self-contained homes and rural locations to city centre spots.

We might be living longer, but what does that longevity look like? How can we make effective use of that time, and what untapped opportunities should investors focus on as the audience grows?

A young sector for maturing populations

The infancy of the later living sector means that there is a lack of stock and operators. Despite an ageing population, more than three million older people can’t downsize due to a lack of suitable housing.

New purchasing models are being designed – some apartments are sold with long leases and fixed membership fees, while other providers adopt a shared ownership model where residents are able to enjoy all the benefits of home ownership. 75% of future later living residents own a large property and there is a lot of research in this space that indicates over 65s want to downsize, they want to release equity to enjoy life, and most importantly they want to grow old in the places they love. These models allow continued ownership, whilst also providing the flexibility, freedom and choice of independent living.

Later living housing options have a key role to play in unlocking the housing market. Local authorities should be including specific policies in relation to the delivery of later living options within their Local Plans. This would help encourage further investment and ensure more homes are being delivered to meet rising demand. By providing a range of later living options it will appeal to a wider audience of over 65s and help to free up much needed housing for younger generations, including first-time buyers and second steppers.

Retirement living is being redefined

The idea of ageing and attitudes towards retirement are changing. While it might work for some, not everyone wants to live in a retirement village in the countryside. Additionally, there have been long-standing and negative associations with the term ‘care home’, heightened even further by the negative effects of the pandemic, and often perceived as the final stage of life.

Community should be a priority for retirement operators entering the sector. It is incredibly important to not only deliver high quality homes, but amenities that offer the opportunity to engage and socialise. New later living communities are emerging with extensive social opportunities, a core focus on well-being – homes set alongside a wealth of open green space and amenities such as gym, swimming pool, spa, library and bespoke care.

Over 65s are turning to luxury lateral living options within popular, cultural and vibrant ‘micro-neighbourhoods’ across London. These characterful pockets are attractive as they offer culture and leisure on the doorstep and easy access to London’s restaurants and cafés.

Life as you get older can involve periods of unpredictability, often due to changes in health, and possible requirements for support. Living as part of a community is known to be beneficial at any stage of life, however it becomes even more important in later years, and has been scientifically proven to contribute to longevity. Being able to maintain (or even increase) physical activity whether as deliberate exercise or as part of general lifestyle, together with maintaining a sense of purpose through interests, hobbies and friendships are key to ageing well. The onsite provision of flexible well-being and health options, knowing that experts who you can trust are there when you need them, alleviates much of the worry that can come with getting older.

Policy makers and the government are opening their eyes to how investment into later living can help alleviate pressures on the NHS and the social care system, it is anticipated that the retirement living sector will deliver £5.6 billion of savings for the UK’s health and social care systems by 2030.

The Health and Care Act, which has just made its way through parliament, set out to help address the significant pressures our health and care system are facing, but the public sector can only go so far in the face of a huge shift in our population. With a huge resourcing challenge facing social care delivery in the public sector, the private sector has a role to play and integrated retirement communities are going to become increasingly valuable in providing care, support and a community. 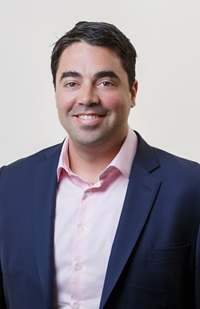