Looking back to the future

David Hickey, CFA, tells us that to understand the energy transition, we should look to the 1990s

I want you to think back to early 1990. New Kids on the Block are at number one in the charts, and you’re listening to the cassette single on your Walkman. You’re wearing the obligatory orange padded headphones over your terrible hairstyle. You had been talking earlier to your friend, and it had been annoying you that neither of you could remember who played in the 1968 FA Cup final, so you stop at a library on the way home to check in a sports almanac (it only has results to 1985, but that’s fine). You pass a poster for an upcoming film about a submarine starring Sean Connery. No one will watch that. You’re running late, so you fish out a 10p piece and stop at a red phone box to call home and let them know.

1990. Doesn’t sound that long ago does it? And yet, were you to be transplanted back into 1990 now it would feel like an odd alien world. Like Marty McFly caught out of time in Back to the Future, the world around you would seem nearly unrecognisable, and if, like him, you were armed with some modern technology, you’d appear to be some interloper from a vastly superior alien race.

In 1990, mobile phones were a rare and luxurious thing; good for phone calls alone but unreliable and impractical. We had landlines, sometimes with the luxury of cordless handsets. Personal computers were a thing then, and online access was available to enthusiasts. Bulletin boards were individual repositories of information you could dial up to directly and use. The first internet service was launched in 1992. For those too young to remember, you had to dial up using a phone line and were charged by the minute for the service. Photos were taken with a film camera and then photos were airbrushed using an actual airbrush.

What stories of our current world would you tell your 1990s self? I’ll guess that it’s that you have a device you carry in your pocket that lets you access the internet (and then having to describe what that means). You no longer buy music or VHS tapes, both sound and video are streamed. You don’t use cash anymore; you tap your mobile device or card on a pad and money is transferred. People don’t use maps as satellites tell us where we are and what turns we need to make. There’s a global epidemic coming in 2020 but office workers are able to work from home because data is now location agnostic. We’ve almost stopped using coal in the UK, and instead we’re building giant windmills out at sea, with power from the wind and the sun now our primary sources of electricity, in the UK at least. This powers electric cars, which can drive themselves. Your 1990 self sits agog listening, and once you’ve finished explaining everything asks: ‘Can you take me through the Love Island thing again? I don’t get it’.

Doesn't it feel odd that when we look at any 30 year period since the beginning of the Victorian era, the progress in society and technology has been mind-blowing in any single one of these periods, but we’re being repeatedly warned that this time is different, that this time we won't be able to make the transition to a new paradigm, and that we’re facing an extinction level event because of it?

The 2050 you is looking back at the simplicity of the technology and the outlook we have right now and laughing at how quaint it is. They’re excited to tell you about all the incredible things that have been achieved; progress beyond your wildest dreams. Your shiny new Tesla looks like a Sinclair C5 to them. The future is decided by optimists and progressives; it always has been. Dreamers. We need to decarbonise our economies and provide a future where no one is left behind. We’re already getting there, but we need to go further and we’ll achieve it, because that is the true face of human endeavour. Don’t let anyone tell you otherwise. Dare to dream. 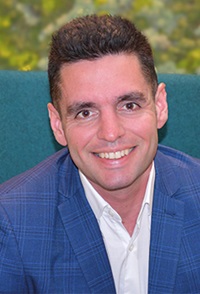