Oil and gas: to divest or to engage, that is the question

Brishni Mukhopadhyay, CFA from the ESG Certificate Panel explores the investment decisions made around the Oil and Gas sector.

The question of whether to divest or engage with Oil and Gas companies is one that has engendered robust debate. Proponents of divestment typically fall in one of two camps: the first, comprising those who seek divestment based on environmental concerns and the second comprising those who consider it financially untenable based on stranded asset risk and energy transition. On the other hand, proponents of engagement believe, that Oil and Gas firms play an important role in the energy mix and engagement allows investors to accelerate transition to greener and more renewable alternatives. Regulatory and policy Initiatives such as the Paris Agreement on net zero carbon coupled with investor action has resulted in many Oil and Gas companies to consider their business strategies moving forward.

Is divestment a binary choice?

It would be easy to paint all firms within the oil and gas industry with a broad brush stroke. However, upon probing further, one would observe that there are significant differences among firms within the sector. These vary according to where the oil or gas is sourced from; whether the business is focused on upstream, mid-stream or downstream processes; where the firm is in the energy transition process and the resulting GHG emissions and carbon footprint.

Sources such as deep-water drilling, Arctic exploration and Canadian oil sands extraction have proven to be both more capital intensive and harmful to the environment when compared to other sources of extraction. The associated risk to biodiversity is also a concern that is often highlighted. For instance, firms with significant reserves in Canadian Oil Sands such as Imperial Oil, Suncor Energy and CNRL have drawn opprobrium from investors many of whom have incorporated outright exclusions.

According to the Oil Production Greenhouse gas Emissions Estimator (OPGEE) model which measures production, processing, and transport of crude petroleum, the largest emissions are produced by firms involved in the upstream oil and gas exploration, mining and production and in the downstream hydrocarbon and petrochemical retail segments. So a divestment strategy that excludes mid-stream oil and gas companies based on GHG emissions is likely to be less environmentally impactful, than one focused on upstream and downstream processes.

Additionally, investors have not fully divested from Oil and Gas companies that have announced plans or implemented a strategy to reduce their GHG Emissions and carbon footprint. These investors have typically incorporated thresholds for firms based on percentage of revenue derived from oil and gas vs renewables. Investors have also pressed firms to declare targets, align with initiatives such as Science Based Targets initiative (SBTi), Climate Action 100+ & Carbon Disclosure Project (CDP) to mention a few initiatives.

This would suggest that a divestment strategy for the whole Oil and Gas sector is less likely to be impactful and could benefit from a more nuanced approach based on the aforementioned criteria. Those

investors who are keen to divest could adopt a phased approach starting with the worst environmental impact such as arctic, oil-sands and deep water drilling. This could be followed by Oil and Gas companies with low exposure to renewables and an unwillingness to understand or adopt the energy transition followed by mid-stream pipeline builders.

According to the IEA, growth in demand for oil has slowed and will peak in this decade (2020s), while demand for gas is estimated to peak by 2030s. The ensuing Covid-19 pandemic has only accelerated this trend. It estimates that oil and gas demand has already peaked in developed markets such as the US and the European Union over the past decade, with new demand coming from emerging markets such as China and India. Moreover, should the economic recovery post pandemic not rebound at the expected pace, then lower growth in economic output is likely to affect sectors such as automobiles, aviation and construction to name a few. This puts a further downward pressure on the demand for oil and gas and consequent prices.

The above trend has also been supported by work conducted by the Intergovernmental Panel on Climate Change (IPCC) who have used the Sustainable Development Scenario (SDS) model to estimate energy consumption. The model, which is calibrated on a 50% probability of meeting the Paris Aligned targets, suggests that for a 2 degree C rise in temperature 1,200 GT of fossil fuels can be burnt, while for a 1.5 degree C rise 464 GT would be allowed. Excluding coal, oil and gas together account for nearly a third of fossil fuel reserves responsible for the carbon usage suggested. This suggests, that for a 2 degree C rise, approximately sixty percent will be stranded while for a 1.5 degree C rise, over eighty percent will result in stranded assets.  Figure 1 illustrates the change in consumption of Oil, Coal and Gas over time.

Markets have typically tied in enterprise value to the amount of reserves available. Many investors are now realising that not all of theavailable reserves can be used. Investors increasingly understand the risk of stranded assets and have priced in the likelihood of resulting impairments. Notable cases include BP which wrote off $17.5 Billion in 2020 and Exxon Mobil’s $25 Billion write off in 2019. This impacts not just corporate oil and gas producers but also sovereigns that depend on them. The OPEC countries would need to rethink how they utilise their remaining reserves of oil and gas. Many of these nations have expenditures aligned with a specific break-even price and the risk of stranded assets only exacerbates the fiscal pressures on their economies impeding growth and their ability to meet debt obligations.

Engagement with oil and gas majors is based on the premise that Oil and Gas companies have an important role to play in the Energy transition. Unlike divestment, engagement allows investors to use their leverage to accelerate change. Global Energy demand is set to increase driven by China, India and South East Asia. The IEA estimates energy demand to return to pre-crisis levels by 2023, albeit with variation among nations. The energy mix of different sources as per the Stated Policies Scenario is as illustrated in Figure 3, overleaf. While the expected consumption of renewables is set to increase, oil and gas companies will play a role albeit a diminished one.

Firms such as Total and Shell have increased allocation to renewables / ‘new energies’ businesses based not just on market dynamics resulting from changing consumption but also from investor engagement. Orsted’s transformation from Danish Oil and Natural Gas to one of the largest providers of renewable energy through offshore wind power has engendered significant interest among investors. Orsted has demonstrated that a transition from fossil fuels to renewables is possible. Another firm that has successfully acted upon engagement and reduced methane leaks in its pipelines is Equinor. The firm ranks among leaders by CDP. Engagement has also resulted in improvements in social score for Oil & Gas firms, notably in helping improve the health and safety standards by reducing accidents and fatalities such as in the case of BP. It has also helped close the gap between contractors and workers in terms of benefits extended. Figure 3: Source: IEA Evolving Energy Demand over the next decade


Increasingly investors are pressurising Oil and Gas firms to declare targets, set a strategy and timeline to execute decisions. As a result more firms have begun stating their Scope 1 and 2 emissions goals. Some have even declared their Scope 3 targets. Based on active engagement, senior executive compensation is now tied to environmental performance for nearly a third of oil and gas companies. Repsol, for instance only sanctions projects that align with and are economically feasible from a 2 degree C or lower pathway. Collaborative forums such as the UN Principles of Responsible Investment (PRI) have also helped coordinate engagement among Oil and Gas companies and institutional investors. While engagement has yielded results, research by the Transition Pathway Initiative (TPI) suggests that around 10% of Oil and Gas firms have set a target. This still leaves plenty of scope for engagement to help these firms transition.

A Dead Cat Bounce or The Real McCoy?

Engaging with these firms recognises their ability to deploy capital away from environmentally unfriendly processes and towards greener alternatives. It also recognises that engagement is a long term process and that in the short term, as valuations of Oil and Gas revert from record pandemic lows, there may be value to be had, as illustrated in Figure 4 below. While those advocating divestment may attribute this to be a ‘dead cat bounce’ or the narrow focus on S&P 500 listed Oil and Gas companies, those in favour of engagement propound that divestment artificially drives down technicals of these stocks without affecting meaningful change. What is however undeniable, is that in the longer term as demand for Oil and Gas subsides the economic rationale for a move to renewables becomes stronger. It is also true that Oil & Gas firms are increasingly waking up to this reality and looking to allocate to renewables. This is likely to benefit those investors who remain engaged benefiting from having invested at a nascent stage in the development of renewables/clean energy. 
Where do Asset Owners stand on this debate?

At the time of writing, the UN convened Net Zero Asset Owners Alliance comprising 33 investors with over $5Trillion in AUM have pledged to transition their portfolios to net zero GHG emissions by 2050. Among the prominent asset owners lending their voice to the debate include, the Church Commissioners of England, who in 2018 voted to divest until firms formulated Paris aligned emission targets by 2023. The following year saw one of the largest asset owners, Norway’s Sovereign Wealth Fund (GPFG), with over $1 Trillion in AUM announce their intention to withdraw funds from companies that explore for oil and gas. More recently, in December 2020, New York State Pension which oversees over $200 Billion in AUM, announced their decision to sell off their ‘riskiest’ stocks within the sector and to eliminate carbon polluters by 2040. The large asset owners have sent a strong signal of their intentions.

A nuanced Carrot (Engagement based Investment) and a Stick (Divestment) approach

Upon examining all facets, it becomes clear that a binary choice such as divestment or engagement is less helpful and a more nuanced approach based on a carrot (engagement based investment) and a stick (divestment) is needed. Investment should recognise that not all Oil and Gas companies are alike. The potential for firms to embrace the energy transition process and invest in renewables is as yet not fully embraced. As multiple renewable production sources such as solar, wind, hydrogen, nuclear to name a few, become more efficient and storage becomes less expensive, economic factors are likely to hasten the transition. We have already observed this to be most pronounced for Coal which reached peak consumption over the past decade and is now economically less competitive compared to other sources. With impending peak demand for Oil and Gas over this decade and the subsequent one, those who transition early into renewables are the ones ideally positioned to reap the benefits of the next clean energy revolution. Engaged investors can through their investments exercise leverage to help Oil and Gas firms understand the magnitude of this impending transition, set targets, and outline and deploy a change in strategy. It is therefore in investors’ interest to incorporate active engagement as a key component to base their investment decisions upon and not be afraid to divest should management and firms be unwilling to change. 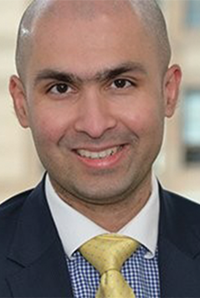 When an irresistible force meets an immutable object

Will ESG turn Bitcoin into a digital 'stranded asset' or a monetary MySpace?

Has the performance of ESG mandates in emerging markets during the March 2020 market shock been an important driver of growth?

Should investors be allocating to controlled environment agriculture?