Risk to markets come from political distrust not central banks

The risk to elevated markets comes not from central banks scared of their own shadows, but protectionism and distrust, argues Neil Williams, senior economic adviser, Hermes Investment Management

With households, companies, and governments still tending more to balance-sheet repair than to re-leveraging and spending, central banks not getting the inflation they crave continue to turn to the tools that failed them. But, these may now be part of the problem, not the solution, suggesting something else will be needed.

Ultra-low rates continue to distort saving, investment, and employment decisions, while quantitative easing (QE)’s boost to asset prices has become counterproductive – widening disparities, stuttering demand, and stymying inflation. QE could thus be accused to getting to those (asset owners) who need it least.

In this respect, 2020 offers more of the same, where, lubricated by a decade of cheap money and a $15 trillion sink of QE, investors fear missing out on reflation trades. It’s a neat coincidence that this tallies with the circa $16 trillion of negative-yielding bonds: if only QE were that predicable! Differences, though, could include a step-up in geopolitical risk, already reflected by US/China tensions, European populism, and Hong Kong, but so far not allowed to disrupt most stock markets.

In which case, the risk to elevated markets comes not from central banks scared of their own shadows, but protectionism and distrust. The 1930s revealed few winners from a trade war. Should stagflationary forces build, the cost-led inflationary flame will snuff itself out. Helpfully, ultra-cheap borrowing costs offer incentive to governments to open the fiscal box, albeit so far at a staggered pace. All this has modern precedent in deflationary Japan.

Our economic projections are predicated on growth ebbing away in 2020 and 2021 on the maturity of the economic cycle, and creeping protectionism. The likely by-products being a reversal of what little monetary ‘normalisation’ there’s been, more profligate governments, and yet the veneer taken off risk assets underestimating the effects.

So, what looms in 2020 and beyond? First, political distrust and beggar-thy-neighbour policies could continue to build. In election year, US Democrats may oppose a general approach to trade akin to the Smoot-Hawley reforms of 1929-30. This imposed up to 20% tariffs on over 20,000 US imported goods, covering as much as 60% of dutiable imports. It spread like ‘bush-fire’, with Europe finding new partners and Canada ‘retaliating’ even before they became US law!

However, President Trump could still invoke ‘Super 301’ to impose tariffs without approval on countries deemed to be engaging in 'unfair' trade practices. The coverage, thus far, looks somewhere under one-fifth of dutiable imports. Yet, without a softening, this could build. For markets, protectionism may thus (like Brexit) be more a ‘crack-in-the-ice’, than a ‘cliff-edge’, event.

Retaliation could include a reluctant China currency-devaluation more aggressive than the 3% fall assumed by forward-markets for three years’ time. Eyebrows would be then be raised about China’s commitment to US Treasuries, potentially raising US mortgage rates (which are priced off long yields). This, and devaluations elsewhere (S.E. Asia) could generate a deflationary return to the US.

Second, we may initially experience a slower growth/higher inflation world. This would also frustrate. Should protectionism build, inflation will reappear. But, it will (like 2011 with oil) be the ‘wrong sort’: cost-push led by tariffs, goods and labour shortages, rather than demand-pull. Central banks will have to ‘turn a blind’ eye as economies stagflate. With the cost inflation proving temporary, we may then, in the longer-term, need a sizeable mindset shift as deflationary forces (demographics etc) re-emerge.

This is especially likely if wage growth fails to keep up. Some green shoots are showing, notably in the US, Germany, and UK, but may be trampled underfoot unless corporate pricing-power builds. Recent improvements, though, have reflected cost increases - such as Japan’s tax hikes, and the pound’s depreciation - more than demand.

Third, the road to ‘normal’ remains closed off. Central banks fear that reversing QE (via bond sales) would contribute to an asset-price deflation that throws out the baby (growth) with the bath water. This risk looks most acute in the long-rate sensitive US and euro-zone. So, the US Fed, as test-case, stopped quantitative tightening (QT) after just two years, and is now rebuilding its balance sheet! By factoring in QE, the true US funds rate looks closer to -2%, and is unlikely to get anywhere close to its pre-2008 levels. With Brexit, the BoE may not reach even the 1.5% bank rate it wants before QT.

Fourth, governments will increasingly offer fiscal solutions to appease voters, and retrieve the ‘baton’ from central banks. Mr Trump could reflate again to re-attract centrist voters; Mr Abe is taking Japan into its third decade of policy-loosening; while the UK is ditching its deficit-ceiling.

These are unlikely to be ‘crowded out’. As we know from Japan, QE’s main benefit is to keep bond yields low for longer. So, with central banks gung-ho on doing it, governments may as well in tandem do something that risks yields going up. Even in the euro-zone, the good news is a sub 1%-of-GDP budget deficit and negative yields make it easier for Germany to tolerate a zone-wide fiscal expansion into their own 2021 election.

Finally, in emerging markets, the outlook in a more protectionist/stronger USD scenario may be less rosy. Vulnerability lies with non-commodity exporters with high exposure to short-term USD debt and foreign saving needs, such as Turkey and Argentina. But, for others, external debt-ratios are lower, with fewer currency pegs to protect.

So, renewed volatility could well be sparked by political fragility, protectionism, cost inflation, and dissipating growth. The dilemma for central banks may thus be between using what’s left of their ammunition or letting fiscal expansion do the work. We will probably see a bit of both, rather than an inconclusive tug-of-war that threatens recession. Otherwise, worryingly, in the ‘Lunar Year of the Rat’, 2020 would risk looking a bit like the last ‘Rat Year’: the crisis of 2008. 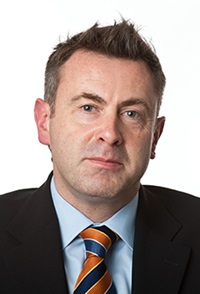 The views and opinions contained herein are those of the author and may not necessarily represent views expressed or reflected in other Hermes communications, strategies or products.