The City of London has made strides on inclusion and diversity, but there is more to do

Alderman Tim Hailes could one day be the first openly gay Lord Mayor of the City of London. He talks to Daniel Yates, CFA, about LGBTQ+ representation in the Square Mile, and the importance of building inclusive cultures.

When Tim Hailes was elected Sheriff of London in June 2017, a rainbow flag went up at The Old Bailey for the first time in its very long history. The moment was not lost on Hailes, the firstly openly gay professional to hold the role. “The symbolism of that - given that it was the place where Oscar Wilde was sentenced - for the LGBTQ+ community is huge. And you know, step by step, we are making some really positive progress,” he says.

He points to the fact that the LGBTQ+ community can increasingly live in a society where they can be visible, without consequences. “I started my professional career in the City in 1993, and that was a very difficult environment, in a mainstream city law firm to be openly gay. By the end of my training contract, I was out, and visible, and I think I was probably one of the very few lawyers in the City who was openly gay, or honest about their sexuality.”

The idea that someone starting their careers in London now couldn’t be open about their sexuality is ludicrous, he suggests, showing just how far things have changed. “That’s not to say, of course that there aren’t places and spaces where this is still not a comfortable place to be. But I think there is a social consensus now more broadly, that people should be able to bring their whole selves to their job. And moreover, if they can’t, that’s actually an economic disincentive in the sense that, you know, your talent comes in all shapes and sizes.”

Hailes practiced law, specialising in derivatives, structured products, and wholesale markets for over two decades. He was elected Alderman for the Ward of Bassishaw in May 2013. He is also the general counsel and company secretary of the Fintech firm Five Islands Capital.

He believes the key to building more inclusive workspaces is to address culture in a meaningful way. “You can have policies coming out of your ears, you can have business resource groups, you can have HR and all the rest of it. But at the end of the day, if you don’t work in an environment where mutual respect is the pervasive culture, you’ve got a problem, and no amount of policies will change that.”

While some of the change will be generational, Hailes suggests that the existing challenges are also about broader inclusivity. “I think in some parts of the financial services sector we still have a long way to go on gender equality. I think that’s before we touch on accessibility for disabled people. I think that we’re pretty good at LGBTQ+, but maybe not on the ‘T’. And that’s not to acknowledge that there are places where none of that really works. Ultimately it’s about ways in which you create a culture where there is genuine inclusivity. That’s fundamental. I think we’re making good strides forward, but there’s more to do.” 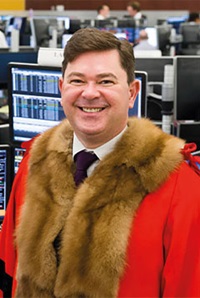 Alderman Tim Hailes, Hailes is a Non-Executive Director and Company Secretary of Five Islands Capital a leading FinTech innovator and a number of Private Equity firms. Until taking up office as Aldermanic Sheriff he was the Co-Head of the Global Equities Practice at J.P. Morgan. 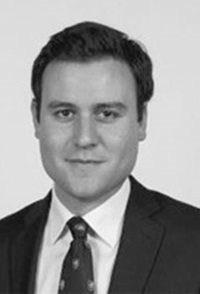