The film 1917 follows two First World War soldiers on a nightmare mission to halt a doomed attack before its scheduled start at dawn the next day: hence the film’s strapline ‘Time is the Enemy’. As long-term investors, trustees are often told that time is on their side, however, just as in the film, taking too much time can be disastrous, argues Nicola Ralston, FSIP

Trustees are rightly encouraged to focus on long-term strategy, rather than trying to time markets in the short-term. However, trustees generally make the assumption that setting the right long-term strategy is more important than taking the decision quickly.

But is that necessarily the case? There are two issues to be addressed: the robustness of the decision itself, and how long is required to reach it. The Goldilocks Paradigm is useful here: the best solution is enough analysis, and time, but not too much. This is well understood in our daily lives; for example, the rule 'Measure twice, cut once,' is ideal for a carpenter: cut the wood improperly and the piece is ruined. It is not an accident that there is no proverb, 'Measure ten times, cut once', as this would suggest an individual chronically unable, or unwilling, to make a decision, rather than a skilled craftsman.

Strategic investment decision-making is not so different.

In terms of time, we can probably agree that in most circumstances, a day or even a week is far too short a time in which to make a strategic decision for a portfolio, but a year is generally too long. At the outset of any strategy review or key strategic decision process, trustees should put a realistic timeline in place. The plan can be amended if necessary, but helps to identify when the process is behind schedule so that attention remains on reaching a decision in a timely fashion.

Part of the challenge of strategy setting is the iterative nature of the process: at every stage, there is a range of analysis and scenario work which could shed light on difficult choices and trade-offs. However, there are typically a number of critical variables. For a charity, these may be spend rates, and how far these can diverge from the underlying income or total return. For a defined benefit (DB) pension scheme, funding ratio risk and the level of hedging, required return and the length of the recovery plan are important variables. Choices deemed unacceptable for the fund in question should be excluded at the earliest opportunity; creating a high level strawman (or 'strawmen') can help narrow the options for more detailed analysis.

The most obvious disadvantage of a long decision-making process is that it defers the point at which the new strategy can add value and control risk. This is particularly important for pension funds with a journey plan of finite length. However, there are other reasons why over-lengthy analysis can undermine an apparently sound strategy process, and are relevant to all types of investors.


Putting the strategy into practice

Trustees often heave a sigh of relief once the high level strategic decisions have finally been made, and there can be an understandable loss of impetus. There may well be barriers to speedy implementation, such as a need to revise an investment management agreement, or the selection of a new product or manager, and in any case trustees may well feel that it is the toss of a coin whether immediate implementation adds or detracts value.

However, there are sound reasons why trustees should not expect the time taken to implement their strategic decisions to be a zero sum game.

As soon as a strategy has been set but not yet implemented, subsequent events create a feedback loop which potentially impact the strategy itself:

Delays in implementation create incentives to pull the focus towards tactics and market timing, the very opposite of the purpose of focusing on strategy in the first place.

Whilst thorough analysis is essential, too much can be a hindrance, rather than being a help. Trustees should respect the value of the strategic decision, and implement it at the earliest opportunity. They should not fall into the trap of thinking that time is always their friend. 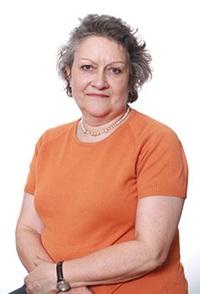 Nicola Ralston, FSIP, is Director and Co-founder of PiRho Investment Consulting, which offers bespoke investment advice to pension funds and other institutional investors.  She has forty years’ investment experience as an analyst, portfolio manager, investment consultant, board member and investment adviser. She is currently chairman of Henderson EuroTrust, and of the British Heart Foundation Investment Committee. She is also a director of the Centrica Combined Common Investment Fund. She is a trustee of the Institute of Historical Research Trust and former chair of CFA UK, and governor of CFA Institute.