Professor Raghu Rau is the Sir Evelyn de Rothschild Professor of Finance at Cambridge Judge Business School. In CFA UK’s ‘In Conversation’ Podcast, Rau talked to Maha Khan Phillips about a study that examines how traumatic childhood events can go on to impact a fund manager’s investment performance decades later.

Does experiencing childhood trauma affect fund manager performance? Raghu Rau, one of the co-authors of the study, Till Death (or Divorce) Do Us Part: Early-Life Family Disruption and Investment Behaviour, certainly believes so. Rau and his colleagues researched family disruption affecting the lives of mutual fund managers for US-based funds between 1980 and 2017, using a sample of more than 500 managers and 5,241 fund years. They examined information such as federal and state records, obituaries, college yearbooks and city directories.

The study concluded that mangers who dealt with childhood traumas such as death and divorce are more risk-averse in their adult lives. They are less likely to invest in ‘lottery-like’ stocks and make smaller tracking errors. However, the fund managers do not underperform or outperform managers without childhood trauma because they tend to avoid both the upside, and the downside risks, ‘forgoing upside potential in order to avoid downside potential’.

“We find that if your family is disrupted in some way, the disposition effect is significantly large for these people. They try to avoid realising losses, they try to realise gains,” said Rau.

Without asking fund managers about their trauma and understanding that performance of managers with disrupted childhood ends up equalising with that of their peers, Rau acknowledged that the study is more an academic exercise than something that should be applied to real world scenarios. “The reason why this is important as an academic exercise is that it will show that stuff that happens to you when your brains are being formed, how the stage of development affects you, much, much later in your life,” he said.

Rau also talked about a series of other studies he has been working on, including one that researches the link between early life disasters and CEO behaviour. He is also looking at the impact of growing up in an environment with large amounts of pollution and is also examining how social signals impact investor behaviour and decision-making. Rau is also looking at whether investors pay more attention to male managers, relative to female managers. 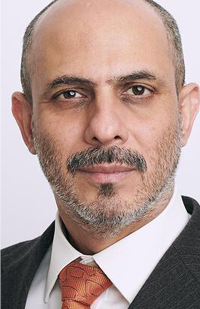