Uncertainty and the economy

PI: How much of a theme will uncertainty be, particularly in the context of the European economy, going forwards?

De Vijlder:  It’s a very important topic, and of course it is related to what is happening on trade, and on Brexit. There is also an element of exogenous and endogenous uncertainty. Endogenous uncertainty occurs as an inevitable part of the cyclical evolution of an economy. Economic agents tend to extrapolate, so when reality turns out to be slightly less great, or softer, which triggers a disappointment, they feel more uncertain. It’s also about the difficulty of coming to grips with the true state of demand, and about obsession with stylised facts. When things are slowing, you start to focus, based on historical experience, on what happens if things really go wrong, and that is something which breeds fear.

The second type of uncertainty is exogenous. It does not follow the normal course of the business cycle, but it’s anything that comes out of the blue, such as political developments or shocks.

De Vijlder: Political risk is something that is in the background, but it won’t have a significant impact. You have to look at what the repercussions are for the realisation of a risk event. Political developments all in all don’t make huge changes, but it’s a totally different story if you have eruptions of political risk, such as massive demonstrations, leading to political change.

PI: What about Brexit?

De Vijlder: Brexit is an interesting one, because the attitude of investors, be it in the financial markets or the real economy, can be pretty ambiguous with respect to uncertainty. When a risk event has materialised, in a good way or a bad way, then uncertainty is cleared, by definition. And when uncertainty drops, the calculations change, because it takes on board the new environment where we have arrived. That’s why sometimes we see decision makers long for uncertainty to be resolved, rather than existing in an environment that is creating paralysis.

PI: You’ve talked in the past about the age of social media, and the fact that people have access to information so much more quickly. How has that changed things?

De Vijlder: Tweets are the new reality. Social media is another way of communicating, and it accelerates relaying information. Previously, you would have had a press release, and then it would need to be validated, and half an hour later you would know what that press release was about. If you think about markets as discounting mechanisms, if they get their information more quickly, then that will be processed by definition more quickly. In the old days, when the fax machine was invented, news flow was quicker than it had been with mail. Social media, and communication flow via social media, means accelerated market efficiency. If you have more information on something, it means that the uncertainty of that topic drops, and then typically you focus on another topic of concern. But increasing the frequency of providing information could also trigger a degree of market volatility, if successive tweets say different things.  Consistency of message over time is an important point. If you have conflicting signals, that will have an impact.

PI: What are your biggest concerns going forwards?

De Vijlder: The US and the EU are both very relevant, but part of that exogenous fear of things. You have Brexit now, then you have the US, and China. The US elections are very important, and the rest I would say is more about uncertainty again.

PI: Read any good books you would recommend?

De Vijlder: I must admit; I don’t have enough time to read at the moment. But the memoirs of Tim Geithner and Ben Bernanke have both been interesting. I am personally interested in anything that deals with economic development, markets and psychology. Psychology plays a huge role. Markets are driven by fluctuations in risk premiums more than anything else. Principal-agent relationships are an important element of this.

PI: Have we learn the lessons of the Global Financial Crisis?

De Vijlder: It’s tempting to say yes, and no. In his new book, Narrative Economics, Robert Shiller gets into this idea that when people are really shell shocked, they just carry it along for a very long time, which would suggest that we learn something from our experiences. He’s warning against the consequences of that type of narrative, because it can become complexly counter-productive. But on the other hand, if you look at market behaviours, there are lots of things that are reminiscent of 2007, such as covenant lite loans. There is a never ending challenge for every single business or market cycle. How far can you squeeze the required risk premium, and how far are you willing to go alongside that? 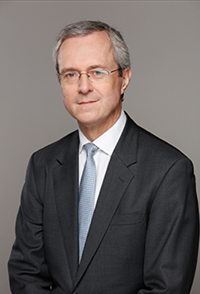