Why are there so few women in asset management, and why does it matter?

Women outperform men in investment management. And yet they are shockingly underrepresented. Ric van Weelden, senior partner at INDEFI, examines the diversity challenges in asset management

Women are underrepresented in asset management, by any benchmark. When I started looking at why, I expected to find that the problem would be comparable to other ‘white collar professions’, such as legal, medical and accountancy. What I found, however, was quite an eye opener.

The number of women GPs (48%), accountants (44%) and solicitors at partner level are all much better than asset management, which does not brake the 10% mark. Female participation in asset management is remarkably low, particularly if you look at the investment and the leadership functions. A recent Citywire study concluded that less than 4% of UK funds are exclusively run by women. 85% are exclusively run by men.

This is  in sharp contrast to the fact that several studies attest to the investment prowess of women investors. Barber and Odean - two academics in the field of behavioural finance - in an analysis conducted in 2010, showed that women outperformed men by one percent a year. The main reason is that overconfident males trade more frequently and have a high occurrence of carrying out unprofitable trades. Men are also more likely to say that beating the market is their primary goal, whereas women tend to mention specific goals, such as buying a house or retiring at 60.

Gender representation in the corporate pipeline 2018 (% employees by level) 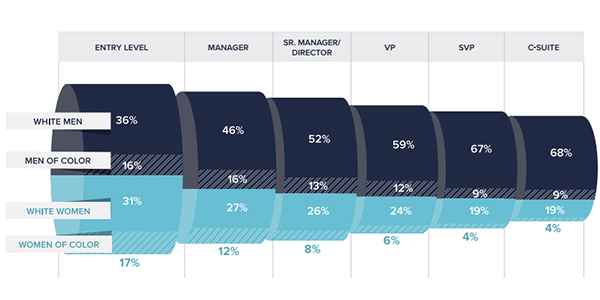 Asset management requires the best and most diverse skills to tackle the multifaceted complexity of the investment landscape. So, why is it such a laggard in bringing about a more gender balanced and diverse workforce?

In talking to a dozen leading women in asset management a number of issues transpire which appear to be behind this. Firstly, asset management as a profession is poorly understood by anyone outside a small, privileged circle. Secondly, the social value delivered to the individual investor was hard to assess in world dictated by a long bull market and lack of scrutiny. The Great Financial Crisis of 2008, followed by persistence of low yields, declining belief in the value of active management and growing role of technology has put an end to that. Thirdly, a lot of misperceived bias caused many to believe that the investment profession was the natural domain of privileged men. The numbers do not support this belief at all, it is based on a myth. Fourthly, parental leave hits the profession harder as performance track records get broken and women have a hard time picking up where they left off.

In a world where an increasing degree of responsibility is laid at the feet of individual savers, social value to the end investor needs to be unambiguously and transparently delivered. We have lived in a world where the individual investor came at the bottom of the list. As we move from a world of generous and guaranteed pensions to one where nothing is secure, this mind-set can no longer exist. A bigger role for women, a more diverse workforce in asset management will be critical going forwards. This is not the ultimate goal, but the delivery of real value at a fair price to the individual investor will bring this about. 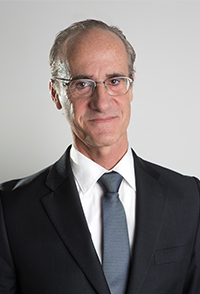 Ric van Weelden conducted 16 interviews with leading women and two minority men in the investment industry between March and June 2018, as part of his EMCCC thesis at INSEAD. The purpose of the consultations was to establish factors contributing to the underrepresentation of women in the investment management industry, and exploring the reasons why most gender diversity management programmes have been ineffective.

Now is the time for male allies to step up

I need management experience but I don’t know where to get It from. Ask Liz