The investment industry has been focusing on climate change a great deal. But there’s an emergency in biodiversity which cannot be ignored, says Peter van der Werf

PI: Robeco has talked in the past about how biodiversity is a bigger threat than climate change. Can you explain why that is?

Peter van der Werf: We see biodiversity as a fundamental aspect underpinning all of the global economy and global society. Obviously, climate change is a very important threat, and a threat we have all become aware of in the past five years. Companies have started setting targets, and investors have started setting targets to move to net zero. But biodiversity has been more hidden out of sight, even though NGOs and civil society has been raising the alarm for many years now. The global business community hasn’t really come to grips with the risks from biodiversity. It’s been in the shadow of climate change a bit, but it might be a bigger problem than climate change ahead of us. There is an alarming decrease in biodiversity, ranging from small species to large predators, and to what you find in the soil. All of these are fundamental for how productive our agriculture is, and how resilient our global ecosystem is. That is why Robeco has set up a biodiversity task force, which will work on delivering the commitment that we made with the Finance for Diversity Pledge.

PI:You’ve also talked about the need to measure the biodiversity impact of portfolios. What are some of the challenges around building those metrics?

van der Werf: It is challenging. It’s one of the reasons that investors have spent so little time getting to grips with this issue. It’s difficult to develop a standardised metric, compared to a carbon footprint – which is difficult in itself – but at least there you have clear numbers. The majority of companies, with the support of rating agencies and others who provide data, can get to grips with climate change. But biodiversity is harder. For us, we did our analysis last year and we found that deforestation is one of the biggest impacts that is directly correlated to our investment, so that is the lense that we chose for our engagement programme. Measuring biodiversity is why the Partnership for Biodiversity Accounting Financials was launched earlier this year, to develop a common accounting measure. Right now we are a group of investors in the Netherlands, but we’re looking to expand that to a more global reach, and to look at a set of measures we should all be using to measure the biodiversity footprints in our portfolios.

PI: Robeco is one of the 26 financial institutions from around the globe that signed the Finance in Biodiversity Pledge this year. The signatories of the Pledge have called for world leaders to reverse the nature loss we’ve seen over the last decade, and commit to assessing their own biodiversity impact, and set targets and reporting measures. Do you think that the Pledge can make a difference?

van der Werf: The first difference that the Pledge has already made it that it’s explicit now. This group of investors and banks are really stepping up to the plate. While the target, or the final date of the target is 2024, it is quite a step up in all these institutions, because we know that a lot of work needs to happen between now and that moment, to really set realistic targets to measure our assets against. There is going to be a lot of hard work ahead.

PI: Do you think companies are engaging with this issue enough?

van der Werf: I’ve been covering consumer staples for a long time, and that’s where some of these dependencies exist. A lot of companies are aware of the need for biodiversity, while at the same time the necessity to change their products and services, or the way that they operate, hasn’t always been so compelling that they would prioritise biodiversity sufficiently. The growing awareness of this issue is bringing change. We need to make the case to companies that they need to step up to the plate.

PI: What is one thing that investors don’t really know about this theme, that they should?

van der Werf: It’s really important for investors to realise that the urgency here to build a more resilient and stable earth ecosystem. There is a direct link to climate change, which has a far reaching impact if we overshoot the Paris Agreement targets we have set collectively. We need to bring in new global targets, and the financial industry will need to align with those in the same way it did with the Paris Agreement. Otherwise, our ecosystem will become unstable. 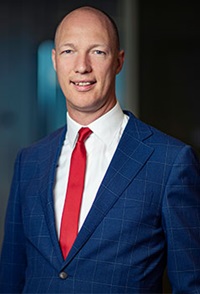 A decade of social impact investing

Now’s our chance to speed up the transition. Will Russia’s invasion of Ukraine be the catalyst for change?