Why this is the worst recession of our lifetime

Helen Thomas, CFA, CEO of Blonde Money talks about why policymakers are running out of firepower to avert the Covid-19 economic crisis as fear casts a long shadow of doubt over the economy

Covid-19 has left policymakers saying they will do whatever it takes to help alleviate the struggles caused by the pandemic, but according to Thomas their endeavours will not be enough.

“Ultimately, their efforts will be unable to cure the infection at the heart of this crisis,” says Thomas. “It's about the fear.”

Fear is driving the economy

Blonde Money has called this the ‘velocity of people’, which means the amount of people moving around the system going out and about spending money, returning to their normal lives. When this is impaired, Thomas believes it has repercussions for the economy.

“Fear, as I say is very important for assessing what's going to happen in each economy,” Thomas says. “That's why in a way, we need to forget the epidemiology of all of this and look at the psychology, because we don't as investors always act rationally.

“It doesn't matter really what governments do. We're human beings, we're pack animals, we respond to fear. Fear factor will remain, even if there is a viable long-term vaccine. Fear changes behaviour and casts a long shadow doubt.”

This fear can be seen in mobility data from various countries, points out Thomas. The data showed people were already starting to stay in before lockdowns were implemented.

Will policymaker’s efforts stop the downturn?

“Even with everything that [policymakers have] done,” she says. “It's not really enough to actually constitute stimulus to the economy because what they're trying to do is prevent this from getting worse. Now, this offsetting stimulus is actually just relief that neutralizes things.”

In the UK, for example, the government’s furlough scheme is costing as much as it does to the run the NHS. She warns it is not sustainable to keep one third of the payroll going without a job.

The problem is Thomas says: “Policymakers can't admit this. If they admitted this, then confidence would completely evaporate. We would be in depression territory.”

Instead policymakers want to appear they are doing whatever it takes.  “They keep trying to show you really big numbers, but it's not actually going to be as big as they say,” she says. “It's not going to deliver what people need to feel comfortable.”

According to Thomas it might be all well if Chinese factories are back producing products, but in the West, in America only half of the jobs lost in April have been recovered.

She says: “People no longer have the money to buy things, factories have too much production and they have to cut staff as demand and supply falls. That is when you get a huge economic loss and the dominoes that are already in train. This kind of action from governments just tries to slow it down.

“They want you to think they're going to keep doing more, but it can't go on forever. It is, in fact, unsustainable.”

As Thomas puts it this will be the worst recession of our lifetime. 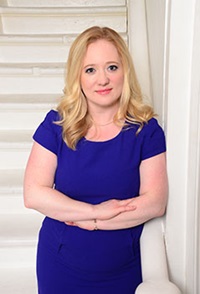 What will 2021 bring the investment industry?

US active equity mutual funds’ performance and flows under COVID-19

A comprehensive analysis of the performance and flows of U.S.

Emma Cleveland, Founder and Managing Director at Cleveland & Co, shares her views on working remotely, managing diverse teams and how to be a good leader outside of a traditional office set-up

Asset management after Covid-19: Irreversible change or back to where we left off?

What does the future hold for asset management?