Why we are not Odysseus

Intuitive thinking, when properly developed, can be far more powerful than analytical thinking. But knowing when to trust your gut is difficult, says Adam Rackley, CFA

Odysseus, the legendary King of Ithaca, enjoyed a good life hack. Sailing home from the Trojan War, he was keen to hear the enchanting song of the Sirens, but equally determined to avoid the shipwreck and death which was the fate of every other sailor who had done so. His solution was to have the crew tie him to the mast and plug their own ears with beeswax. Once in earshot, the more Odysseus begged to be untied, the tighter the crew bound him.  For achieving knowledge by subjugating emotion to reason, Odysseus is a poster boy for the behavioural approach to finance.

Behavioural finance starts with the premise that our brains did not evolve to make investment decisions, or trade financial markets. When faced with stress and uncertainty, we default to the mental shortcuts that served us well as cavemen. If the tribe suddenly takes off in a certain direction, best not to wait around and ask too many questions (we value investors refer to this as the ‘momentum effect’, particularly when we are underperforming!). Beyond these heuristics, the behavioural approach is also concerned with the tricks we play to protect the ego. Confirmation bias, self-attribution and regret aversion all help to preserve our sense of self-worth, even at the expense of our net worth.

The behavioural solution to the problem of ego and heuristics is to be more like Odysseus. Subjugate emotion to reason, create a rules-based process, tie yourself to the mast and enjoy the alpha denied to those who heed the siren’s call. But achieving self-knowledge by overcoming emotion with reason is like throwing the baby out with the bathwater. The standard behavioural interpretation misses the point.

In fact, to be better investors we need to be less King of Ithaca and more Fire Chief. In the 1970s Gary Klein studied real-world decision-making under uncertainty, and in particular the role of expert intuition. His work crossed-over with that of Daniel Kahneman, with whom he jointly published. For me, the hero of Klein’s work is the Fire Chief, who pulled his team out of the kitchen fire that they were tackling just moments before the kitchen collapsed into the basement. The Fire Chief couldn’t initially explain why he had made the decision, which had saved the lives of his team. It turned out that the heart of the fire was not in the kitchen, as they had supposed, but in the basement below where they had been standing.

The value of intuition, or unconscious pattern recognition, is the value of raw calculating power. The unconscious mind processes about 20 million bits of information in one second. During that time the conscious mind can processes about 40 bits. That’s a 500,000 times difference. The Behaviouralists argue for eliminating your biases and using your reason. They think the big win comes from using your abacus more effectively. We believe you should acknowledge your biases and harness your intuition. We think the big win comes from ditching the abacus and learning how to use your supercomputer.

But getting it wrong can do more harm than good, and at the conscious level those valuable intuitions manifest themselves as an emotional response, apparently indistinguishable from treacherous heuristics and ego defence mechanisms. So, how does the conscious mind know the difference between the Fire Chief and the Caveman? In other words, when should you trust your gut?


We believe that there are three inter-related approaches:

• The ‘left-brain / right-brain’ (Voss), or ‘emotions as data’ (Shull) school, which treats our emotions and instinctive responses as inputs into the analytical process. This requires us to be tuned-in to our emotions, and stresses the importance of making decisions under uncertainty only when our energy levels and emotional state are optimal. Typically, we create the link between our unconscious awareness and conscious attention by articulating our emotions. This approach ties-in with our use of empathy to assess the sentiment around a stock, which feeds into the narrative we build to explain its current market valuation.

• The psychoanalytic approach: The therapist’s toolkit, replete with Freudian theories like transference and repetition (where every situation is an opportunity to re-live the emotions of a formative experience), signposts the bias in our decision-making. Putting our own investment process on the couch, the therapist would be interested to learn that we begin by finding companies that are ‘hated’ by the market. Our premise is that sometimes the market is wrong. In this value investor, perhaps in every value investor, is the child who lives for that moment when the adult says, ‘I was wrong and you were right.’

• Meditation: Meditation can support decision-making in three ways.  It provides an emotional still-point, a stable platform for consistent decision-making; it provides a basis for studying emotions objectively; and it creates a link between our conscious and unconscious.

But even if we find a way of developing our intuition, how can its benefits be measured and incorporated into a repeatable process? The key is to operate in an environment where you have access to consistent and accurate feedback. Create a learning system by ensuring decisions are consistent across the investment process. This provides a baseline against which measurements can be taken. Investors also require a set of tools for collecting and analysing the outcome of those decisions. And they must build an organisational culture with no sacred cows. If you’re committed to improving things, you need to be prepared to take a hammer to everything you’ve ever built, because respecting your own legacy will only hold you back.

If we had solved the puzzle of intuition then you wouldn’t be reading this, because we’d be too busy partying with Croesus to write it. Finding the answer helps us to understand not only how we should be as investors, but also how we are as people, and we believe that the destination will be as profitable as the journey has been enjoyable. 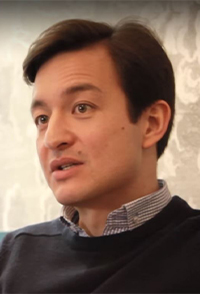 Adam Rackley, CFA, is investment director at Cape Wrath Capital. A longer version of this paper can be found here.

Why are women still underrepresented in portfolio management?

What it will take to reach the tipping point in inclusion?

Position yourself as a thought leader on social media

Eric Sim, CFA, helps you build your online presence as a leader using social media to inspire and create impact

Let's talk about me

Is now the time for international investment managers to address their China strategy?