Why we need better company reporting

There needs to be more comparability and consistency in performance reporting, with higher governance standards, argues Colin McLean, FSIP


Can analysts trust the numbers that companies put out?  Not all results are audited or reflect agreed standards. Alternative metrics or non-standard performance measures are a growing problem; distorting performance and driving excess rewards for executives. In recent years, active investors seeking genuine growth have focused on medium-sized and smaller UK companies – mid-cap Alternative Investment Market (AIM) stocks, in particular.  IPOs of technology, Fintech and e-commerce businesses have expanded the universe. But, is the growth here all it seems?

Many of these businesses are not focusing their reporting on IFRS or conventional accounting standards, but on measures they define themselves. This may be understandable in a world where innovation and sales momentum is everything. Traditional measures like cashflow and asset values are outdated or just inappropriate, they argue. Accounting standards are simply not moving rapidly enough to keep up with business practice and value creation in the digital economy.

Certainly, scalable, capital-lite business models can mean that value creation is largely detached from tangible conventional metrics.  But many AIM companies operate without the safeguards and standards of governance that can keep this in check, or even provide real transparency to shareholders.  AIM companies are not, for example, required to publish an audit committee report.  The balance between incentives-based on non-standard measures and an audit that is itself based on management assurances, judgement and projections, is hard to police.

Now, the Financial Reporting Council (FRC) has weighed in.  In “Reporting by Smaller Listed and AIM Quoted Companies” it looked at Alternative Performance Measures (APMs), and narratives in a sample of smaller companies. What emerged was evidence that some companies gave greater prominence to APMs over conventional IFRS measures. Ideally attention should be given to highlighting the limitations of alternative measures, as well as better explaining individual adjustments and reconciling to IFRS results. Many analysts will have noted themselves that self-defined metrics appear to be increasing and spanning a broader range of adjustments.

There is also evidence from the US that S&P 500 firms that significantly adjusted earnings up from the GAAP numbers have excessive chief executive pay. A recent paper by Guest, Kothari and Pozen also noted that the evidence does not support management’s typical assertion that non-GAAP earnings more accurately convey a firm’s core earnings. Interestingly, stock returns actually correlate better with GAAP income than adjusted earnings. Analysts seem to do better at getting to the truth than remuneration committees.


Marking your own homework

Acquisitive businesses and those with significant goodwill have long argued that amortisation and impairment tests might treat them unfairly. But as acquired executives are tied in to longer earn-out contracts, often paid in shares, goodwill can represent not only customers bought but ongoing labour costs. And, while accounting rules are strict on what is exceptional, these company adjustments can be made for issues such as customer losses that might be considered to be in the ordinary course of business.  Companies can define “cash conversion” as they please, or show growth in earnings per share when the IFRS number is negative.  One £200m capitalised UK digital business recently adjusted to a claimed 18% organic growth rate versus an apparent 3% on conventional analysis. The report says that adjustments are made “in order to reflect management’s view of the performance of the group”. It is easy to see that this is not many steps away from marking your own homework. 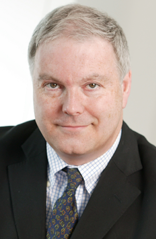 Should analysts simply accept the need to deal with funny numbers? Or, might it be better if there was more comparability and consistency in performance reporting?  And, where results are so dependent on adjustments and assumption, could higher governance standards help?

In the past, CFA UK has led the way in setting standards for headline earnings reporting. Might it set out best practice in some key metrics - supporting the FRC’s view, but with practical input from equity analysts? It seems that other stakeholders might gain from practitioners’ input, and the worst excesses could be addressed. Investment professionals should speak up if they want better company reporting.

Position yourself as a thought leader on social media

Eric Sim, CFA, helps you build your online presence as a leader using social media to inspire and create impact

A conflict of interest?