Why we need investment into smart city infrastructure

Today, an estimated 55% of the world’s population live in urban areas, a number expected to dramatically increase, with data from the United Nations predicting that a further 2.5 billion people will be living in urban areas by 2050.

Cities around the world face difficult challenges, addressing inadequate infrastructure, controlling pollution, and limiting social exclusion. The projected increase in the world’s urban population over the coming decades will only accentuate these challenges. Talking about the importance of cities in the 1960s, John F. Kennedy (JFK), the president of the United States, famously said: “We will neglect our cities to our peril, for in neglecting them we neglect the nation.” JFK’s words are more relevant today than ever; the projected growth in urban populations will stretch city resources to the limit, creating a demand for better infrastructure and basic services, which allow governments to provide better city services more efficiently, as well as provide a societal benefit, creating a more accessible, cleaner, safer, and greener environment.

Smart cities try to address these challenges by utilising technology developments to create solutions, that are resource efficient and environmentally sustainable, such as smart lighting, parking, waste collection and pollution control. However, each of these smart solutions require the infrastructure backbone to enable it, such as a fibre network, or a Wi-Fi mesh, with associated backhaul. Both the infrastructure backbone and the applications all require significant investment.

Governments often struggle to find the financing for this investment to scale up integrated smart city solutions, as there is currently limited access to long-term institutional financing. Institutional investment that complements existing funding from municipal and city governments is needed to enable a sustainable transition from small-scale pilot projects to mainstream enabling infrastructure and applications that enable efficient resource use, improve public services and unlock public data. This allows cities to access new opportunities that can improve people’s quality of life. For long-term responsible investors interested in investments that deliver a positive social benefit alongside a financial return, investment in smart city infrastructure is an attractive proposition.

The implementation of smart city solutions allows for a multitude of positive societal impacts. For example, the conversion of traditional street lighting to LED lighting can be accompanied with the transition to smart lighting, which both reduces electricity use drastically and enables other smart solutions, for example by utilising the street lighting rollout to add a Wi-Fi mesh across the city. Crucially by implementing this smart city enabling infrastructure, other applications can easily be added. For example, the opportunity to access each street light could be utilised to also place air quality sensors on the light poles, installing security cameras, or the Wi-Fi mesh can be utilised by other smart applications such as inserting sensors in the street for parking, or sensors in rubbish bins for waste collection. Incorporating these aspects has numerous financial benefits for the project. In this example, the positive environmental impact of reducing energy by switching to LED lights allows for reduced expenditure on electricity, with such savings then available for additional smart city applications within the project.

The United States heeded JFK’s warning in the 1960s and is ahead of the curve when it comes to Smart Cities, with New York City topping the leadership as one of the most developed smart cities in the world for the second consecutive year, according to the IESE Cities in Motion Index, produced by the Centre for Globalisation and Strategy. While there is plenty of noise around some of the larger cities, like New York, it can often be difficult to implement projects due the scale and complexity of dealing with larger municipal and city governments. The opportunity for smart city solutions in smaller cities is therefore often greater or more accessible to investors. Smaller cities can look to smart city solutions as a means of increasing their desirability as accessible, connected places to live.

Smart cities are not a pipe dream of futurists destined never to materialise. To the contrary, smart cities have already become a reality, with cities large and small across the globe implementing smart city solutions. This new infrastructure sector represents an attractive opportunity for investors with long term capital horizons, such as pension funds looking to promote the development of sustainability in a tangible investment product. 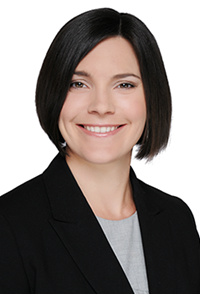