Research from Pensions for Purpose has revealed that active managers have a long way to go on benchmarking climate funds, says Chair and Founder Karen Shackleton.

Pensions for Purpose put this question to the managers who participated in the research. One of the most common concerns was that using a climate benchmark would limit the universe of potential companies in which they could invest. Managers wanted to be able to capture the ‘transition alpha’, an above-average return that can be earned as a company transitions to a just, sustainable, net-zero emissions economy. This would require them to hold companies that were potentially higher carbon today but which would become aligned with the fund’s climate goals over time. There is certainly some merit in this, in terms of balancing the financial and climate goals evenly, within the portfolio.

One active manager explained that they look at the carbon metrics of their benchmark and use this as a ‘carbon budget’ which they can spend freely across the wider universe however they choose. In the extreme, that could mean one holding in the portfolio with a much higher carbon footprint being offset by the remaining holdings which were all low carbon. The aim would be to capture the transition alpha from the outlier and wait for that company’s carbon metrics to fall, before then spending the unused carbon budget elsewhere.

This approach seems to overcome the challenge of benefitting from the transition alpha whilst still setting a higher bar for judging the carbon metrics of the portfolio.

A second concern expressed by active managers was that different methodologies between climate indices make it difficult to choose a benchmark that is aligned with the goals of the fund. For example, there are different rules based on carbon footprint, implied temperature ratings, or green revenues across the different indices. Pensions for Purpose’s research identified no less than 142 different climate benchmarks being used by the (mainly passive) managers. One of the active managers admitted that they spent a long time researching which benchmark would be most suitable for their fund. They wanted to be sure the chosen benchmark was as closely aligned to their strategy’s goals as possible.

When overcoming this challenge, institutional investors should look carefully at the active manager’s climate goals. Are they trying to invest in a portfolio with a lower carbon footprint in the portfolio than the market capitalisation index? Or are they investing in a portfolio that is
‘Paris-aligned’, with a goal of decarbonising over time towards net-zero? Even if the manager themselves is less keen to compare their carbon metrics against a climate index, a broad-brush comparison against an index with similar carbon goals will at least give an indication of how good a job the active manager is doing, compared with a passive equivalent. It can form the basis of a conversation where the manager can provide colour on any decisions taken, without being formally held to account with respect to a climate benchmark.

A final argument put forward by active managers, in the Pensions for Purpose research, was that the IIGCC Net Zero framework targets two pillars – portfolio decarbonisation and investing in climate solutions. Climate benchmarks tend to focus on the first pillar but not the second. Yet one of the passive managers observed how quickly the market is changing with new indices being introduced all the time. Whenever they switched to a new climate benchmark in their passive funds, they had a three-year life expectancy for that index before a new benchmark would become a more desirable target. Perhaps then, the next generation group of climate indices will target both IIGCC net zero framework pillars. On that, only time will tell.

Karen Shackleton is Chair & Founder of Pensions for Purpose. 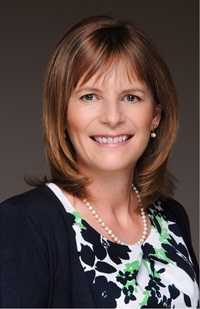